A couple days late posting, but Miss Madison Brooke is finally here!! I was induced Monday morning at 39 weeks and 3 days. I got to the hospital at 5am and was actually already having contractions. I had felt bad since Friday evening, was throwing up, had diarrhea, contractions had been a little more intense, and a TON of extra discharge. And when the nurse checked me Monday morning I had dilated a cm more and thinned about 10-15% since Tuesday and she said if I hadn't been induced I would have ended up in l&d really soon anyway!

Anyway I was started on pitocin and I was about 3.5 cm dilated and 50% effaced. At 8 my ob came in and I was at 5cm but hadn't thinned anymore. She broke my water to help things progress faster. About two hours later the girl who was being induced the same morning was getting her epidural and I decided to go ahead and get mine when she was finished (yes they are a life saver lol). It did slow things down a little bit but I was able to relax and my son got to come visit me one more time, it helped me so much getting a distraction. Then after being stalled for about two hours I started feeling pressure so they checked me again and I was finally at 7 and had thinned almost all the way! I sat up in bed and had one leg hanging off on each side hoping gravity would help and it did! I have low bp and had had a couple episodes during my labor of almost passing out bc it kept getting low. Well I started feeling like that again later on, dizzy, faint, and hot I had the nurse come back in and she said she wanted to check just to see if maybe I had dilated a little more and I had I was all the way there and she went to get another nurse so we could do a couple of practice pushes to see where we were.

Well remember the other girl being induced? She had just got checked when I did and they could see the babies head lol so since we had the same Dr our Dr had to see her first. Which was cool bc my baby was still at about station 0 so I kept sitting up and the nurse kept saying as soon as I felt pressure to tell her. I finally did about an hour later and so we did two practice pushes and it was time! My Dr came in and checked things out and said she wasn't going to put her gown on she wanted to see if I could give her a practice push and we would go from there. I was about 3 seconds into my 7second practice push when she told me to stop so she could put on her gown. Two pushes later my sweet 8 pound 3 ounce 21 inches long baby girl was here!

Big brother is still trying to decide what he thinks of her but I'm sure when we get her home he will love her as much as her daddy and I do! (hopefully coming home tomorrow.. She has jaundice so we had to stay an extra night) 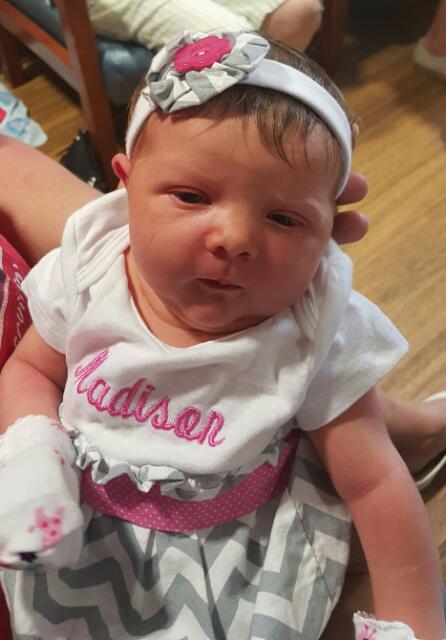 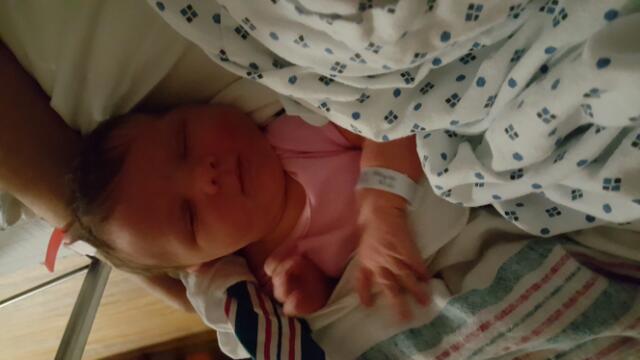 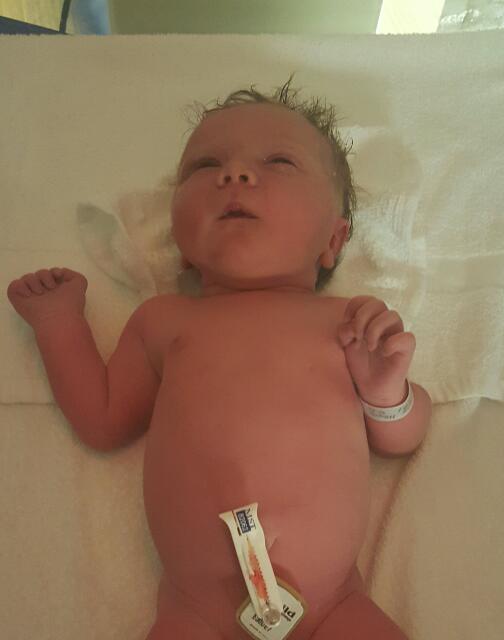