My wedding! (It's a long story)

Hi everyone! Just thought id share my wedding story, since its a pretty interesting one. Feel free to share yours too!!

Rewind to April 18, 2016. I wake up to my boyfriend waking me up 3 hours before the alarm is set. I was understanding that we were going on a hiking trip with a few of our friends. Im confused why hes waking me up so early. He says he bought something cool for our trip. When he shows me, its tickets to vegas for that morning. Im in complete shock, ive never been to vegas....but kinda bummed too becuase i was pretty excited to spend a week with our friends, but mostly excited! Im all worried because i have nothing to wear, he just keeps saying dont worry about it, ill take you shopping when we get there. I send my friends a couple texts about how theyre all liars, lol.

We fly there, check into a super cool hotel. Boyfriend busts out one of my dresses from his bag, and tells me to put it on, that were gonna go to lunch! Im in.a whirlwind at this point. We go to the restaurant in the hotel. He says he has reservations (so not like him). We walk in, and im not paying attention. We get to the very back, and i look up and about 20 people that i know (family & friends) are there, and thats where he proposed. Im in complete shock. And almost everyone i know is there. About 30 mins later he says, theres one more big surprise. He tells me that were getting married in 2 days, and every thing is planned. Im so excited & so overwhelmed with emotion. All i say is "lets do it."

As the day goes on, more and more people are pouring in. I couldnt believe how many people are flying across the country for us! My best friend busts out a giant suitcase full of clothes for the week for.me (all white).

The next night we had our bachelor & bachelorette parties. It was so much fun. We were up . till 11am the next day. Then i realized we were getting married that day and needed to get to bed.

We got married in an outdoor chapel at 8pm on Wednesday, April 20th, 2016. Everything was beautiful & perfect. They said it was the biggest wedding theyve ever had. Our reception was a double decker bus with no roof. We drove around the city for 2 hours! After that, we went to the casino. I wore my dress EVERYWHERE!

We stayed a couple more days. I dont think I'll ever have a better vacation! We had so much fun! 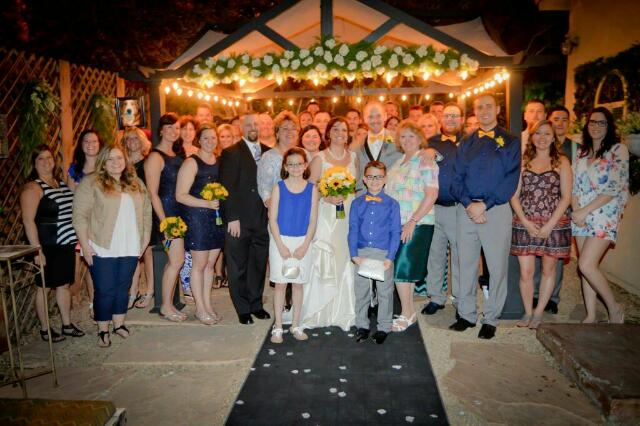 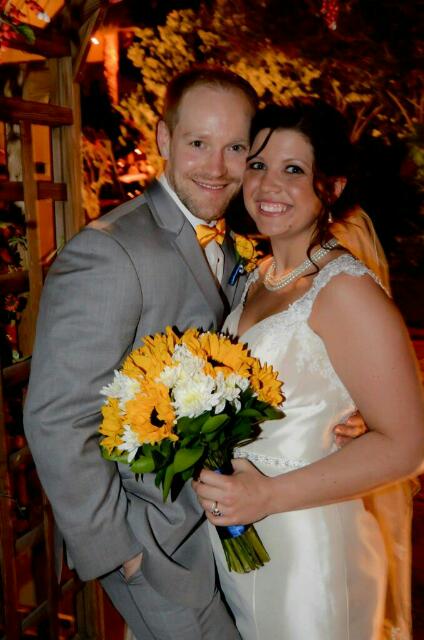