I've taken two of the generic blue dye "early" tests and both came up 100% negative. However, now I'm like 5 days late and the last two days have just felt OFF. Like my whole body has felt shaky and trembling and I just feel "out of body". So since I'm late I figured I would buy a first response test and take one more before deciding I'm just randomly late... and this off half-line showed up. Could this be a positive?? There's a lot of pink at the bottom, has anyone had one look like that? Wouldn't it be way brighter if I was a week late? Also has anyone had a case of "the shakes" in early pregnancy?? I was convinced I had Parkinson's or something yesterday because it was so bizarre and upsetting (and I Google things when I shouldn't) 🙄 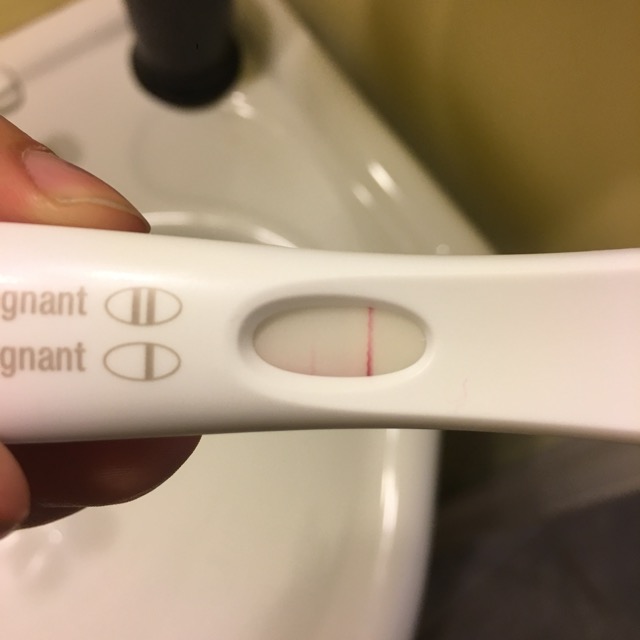