My Husbands love letters to me.

So me and my hubby have been going through some shit lately. (ive talked about it in other posts) but I havent seen him in over a month now. Its been really hard and tramatic not having him here. But I am cherrishing the small things like the hours long phone calls and the cute ass detailed and in depth letters he sends me about how much he loves me. He says the sweetest things that Ive he never been told in my life or heard anyone say. He even made a list of reasons why he loves me😍😭. He drew a heart and wrote in half of it so i could right in it and when he called he said to make sure i wright in the right s 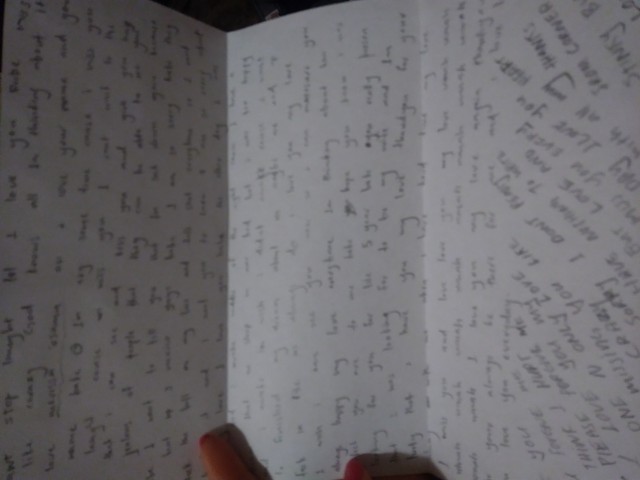 ide because im always going to be in the "right side" of his heart. like how freaking cute im crying 😭😭😭 Of course ive sent him tons too and even pictures that he kisses goodnight he says.❤😍 My heart is almost full. It would be if he was here though. I miss his kisses and his love so much. 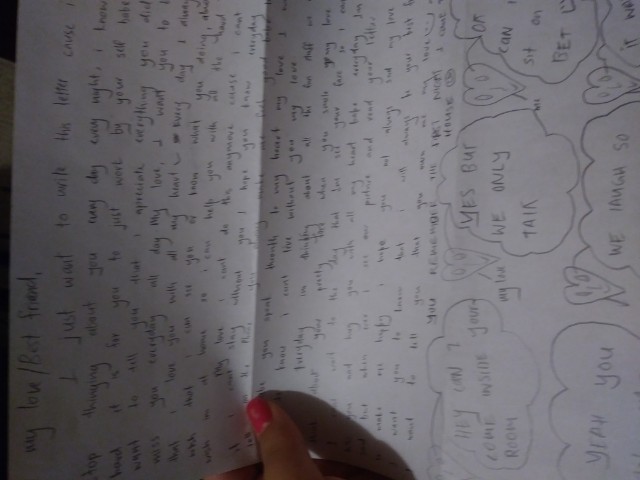 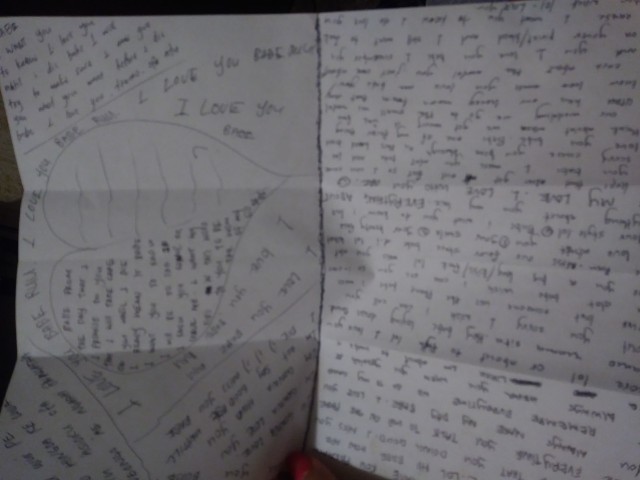 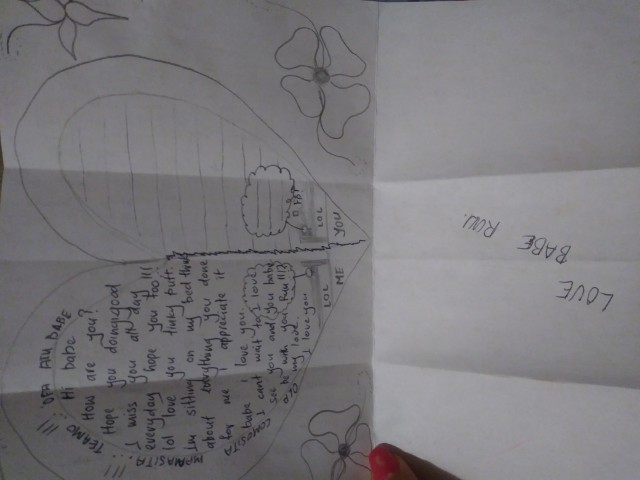