So, ladies, my plan is that I am going to propose to HIM next weekend on our anniversary. We talk about marriage openly and often and we plan on being together forever but, to him, marriage isn't that big of a deal (I blame his mother). He knows it is to me and has agreed to marry me. I, however, want to make it official especially since we are currently TTC. (Call me old fashioned.) This would be each of our 2nd engagements, btw. Thoughts?! Suggestions?! I have an idea of how I am going to do it but am open to a better one!! *This ring was my Great Grandmother's. The center diamond is from her first marriage to my Great Grandfather who died when my Grandma was a little girl. It was put in this setting when she remarried. It was given to me after she died for use as a wedding ring. I really want to design my own, though, at some point.* 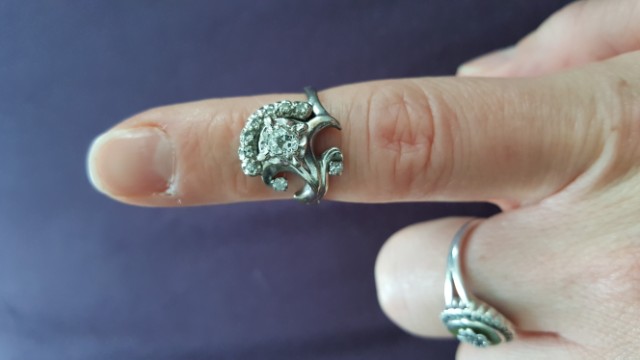