Ok. So firstly, I understand how insane I'm about to sound. Trust me. I'm fully convinced I've lost my mind.

I was on the mini pill for about a month before ttc. I didn't take it at regular times, and at one point thought I was pregnant, but test was bfn.

That was 2 going on 3 months ago. This'll be month 2 ttc. On 8dpo of my first cycle trying I got my first faint positive. Fast forward to 13 DPO and I'm up to 5 faint positives and a few negatives. At a week late I got another bfn, and started bleeding at 9 days late. The bleeding lasted 6 days but still wasn't as bad as my periods used to be. After looking at my period tracking app my periods used to be 6/7 days and actual hell. For the past few months they've been 2-4 days and not very painful.

Anyway, I thought chemical pregnancy since ivehad one before. Sad, but ready to try again.

My calendar said I would be ovulating yesterday, but for the past week I've been having some strange symptoms. I knew it was crazy, but tested anyway. Another faint positive on supposed "1DPO"

The thing that led me to test more than anything else is my stomach. 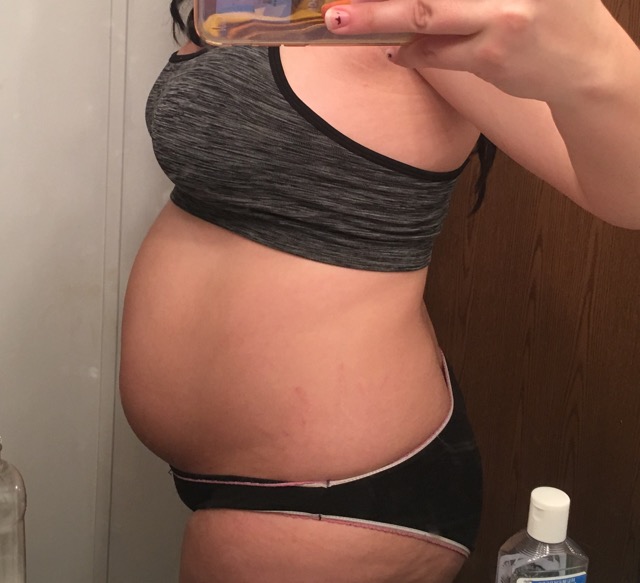 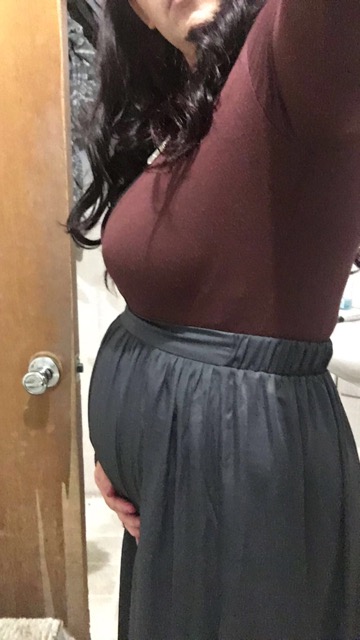 I have a full on baby bump. I get bloated a lot but have always been able to suck it in. I can't anymore, it's extremely uncomfortable. I have completely changed my diet around but in the last month have gained 15 lbs, and literally don't know where they're going. I'm not gaining weight in the areas I gain most, and I've never weighed this much. Today I told my mom what was going on and she told me she'd been thinking I was pregnant for a while now.

I'm so confused and our insurance doesn't kick in till next month, of course I'll go to the doctor as soon as it does, I'm just wondering if anyone has ANY clue what's happening.