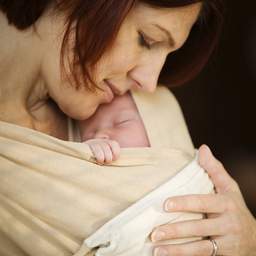 It’s been a month and 3 weeks since I had my baby. I know obviously all my fat isn’t going to just disappear but it’s been hard trying to find time (baby and 5 year old son ) and the ENERGY to work out . So I do little workouts here and then when I push myself . Eventually as I get the hang of juggling2 kids and chores at home I wanna be able to work out .

So I am insecure about my weight.

My husband thinks it’s funny to pick on me and make jokes about it and sometimes it’s my fault Bc I will laugh ( don’t get me wrong b4 I was pregnant I was confident in myself and wouldn’t care ) but now he’s joking around and I am very emotional rn . It hurts my feelings . And then to top it off just lately I don’t know if maybe the baby and exhausted between the kids . But he’s just been snappy so like a good wife I communicate with him and today he just snapped and said I ruin a good time , and why cantI just keep it to myself , am crazy , a psycho. And it’s just words like that hurt. Not to mention he also made a comment about an old school friend of ours . About her butt and how beautiful she was and hot . Which made me feel like crap . But what hurt me the most was he made a comment about making a mistake . Not just any but 3 . Well theres our 2 kids and me .

It all started when I asked him if he didn’t end up with me who would he have went after and he said “I was better off with out you , I made a mistake , guys are stupid and think with their head , not this head but their dick head” so ouch .

It just sucks . Now don’t I feel like a fat , ugly wife . But I feel like shit . I just wanna cry . But I can’t Bc he will just honestly say I am crazy and I need to see a counselor.

I am scared he’ll push me away . He has b4 and I made an awful mistake that I wish I could take back . But I am afraid that either that situation has re-surfaced in his mind lately Bc in a awkward way he will make a joke about it . Which has been said lately OR it can just me ?

Am I crazy and just being overly sensitive.