So just like many other mothers on here, I was reading birth stories everyday until it was my turn. Being a first time mum, it gave me an idea of what it might be like, although everyone is different.

My due date was the 27th of November but the day came and there was no sign of baby. 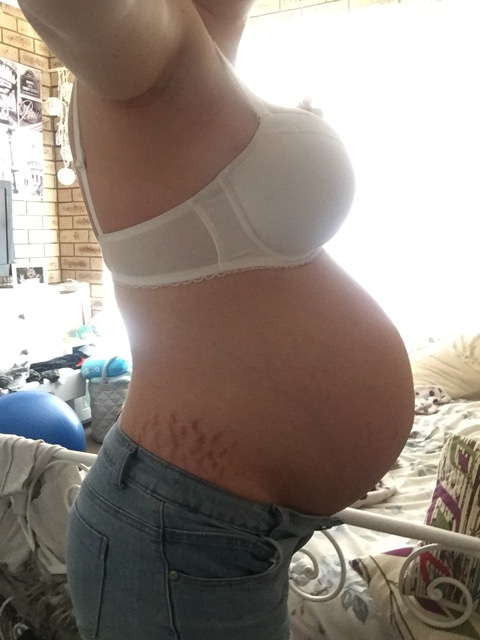 On the 30th I went to my general checkup appointment and asked for a stretch and sweep, I was 2cm dilated. Then the next day on the first day of December at 9am I got out of bed and felt a small gush of fluid. I thought maybe it was my waters but throughout the day I had no more leaking or anything. My mum and sister told me to call the hospital so I did around 1pm. The hospital told me to come in so I called my mum so she could leave work and take me and I told my boyfriend. We get to the hospital around 3 and go to the assessment unit to get checked, during the checkup the midwife made me bleed so they had to get a doctor, three hours later the doctor comes in and checks me. The bleeding had stopped (don’t know what caused it) and she confirmed that my waters had broken and that they would be inducing me tonight. I was contracting every ten minutes but felt nothing, my mum thought I was going to have a painless labour but boy was she wrong! An hour later the doctor came back and told me they might transfer me to another hospital as they were understaffed. A few hours later she comes back and tells me I’ll be induced at 8pm. At 8 my boyfriend arrives at the hospital with food for my mum and a flowers for me. 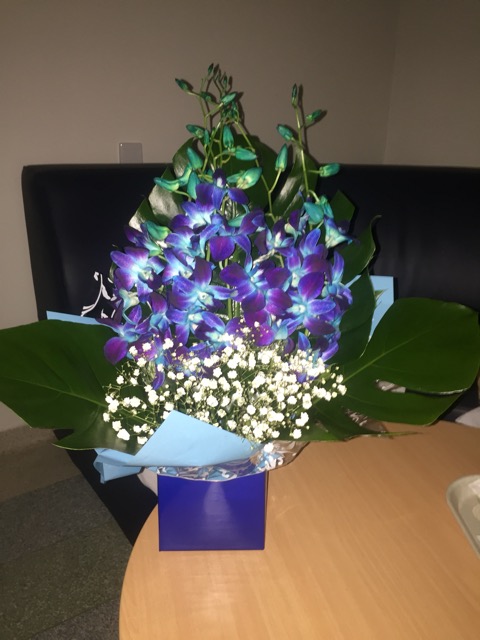 An hour later a doctors sets up my IV and a midwife takes me to my birthing suite. At 9:30 they break my waters and quickly the contractions became intense. The midwife offered me the gas but it only made me nauseous so she called the anaesthesiologist and half an hour later she arrived and got me set up. It felt amazing but after the first dose, it only worked on my right side and the left side was in excruciating pain. I was screaming, crying and throwing up. Hours went by and they kept upping the dosage. My entire right side was numb. At 1:30am they check me and I was 4.5cm dilated. My boyfriend decided to take a nap and that’s when things got painful. I was screaming and crying, I was trying to rip the monitors off and tried to leave. My mum and midwife had to hold me down 😅 four hours later they check me again and I’m 8cm, the midwife changes and my boyfriend wakes up. The new midwife was such a sweet heart, she went and got me some more drugs to numb lower down. At 9am my two older sisters arrived and I felt great, they took my mind off the pain but at 9:20 it was time to push. My midwife asked if I was ready and I just looked at my mum and she said “yes she’s ready” my mum stood by my head, holding my hand and my boyfriend held my leg with the midwife while my sisters stood by the wall. One of my sisters saw his head, I felt his head and my boyfriend watched the whole thing. At 9:34am on the 2nd of December, my little man Noah James was born. I didn’t tear but got a few grazes and my right leg was numb for 12 hours after.

He weighed 7lbs 7oz and was 51cm. He latched instantly and didn’t cry. As painful as it was, I would do it all again. I am so in love with him ❤️ 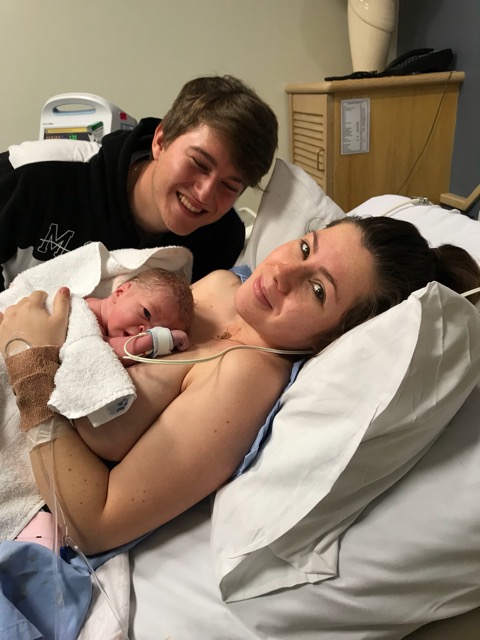 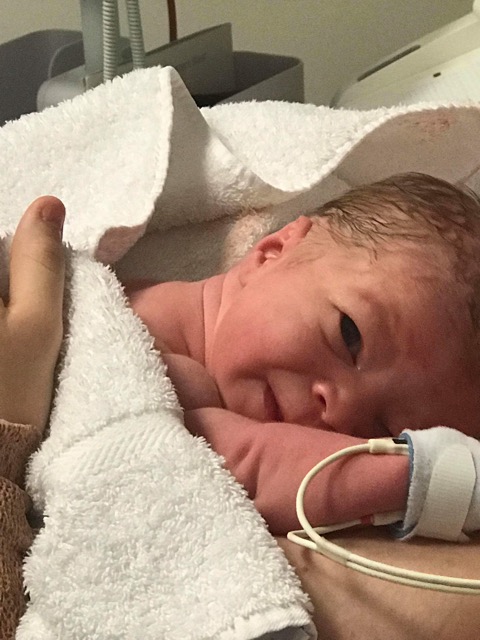 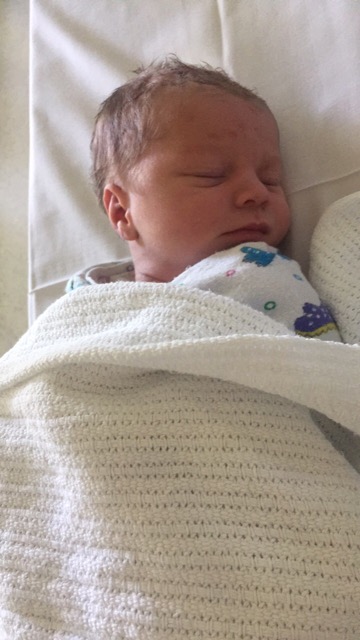 We were both on antibiotics for a few days after he was born. Me- 3 days him- 8 days 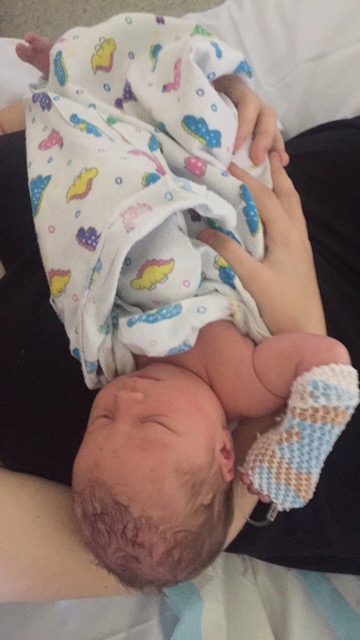 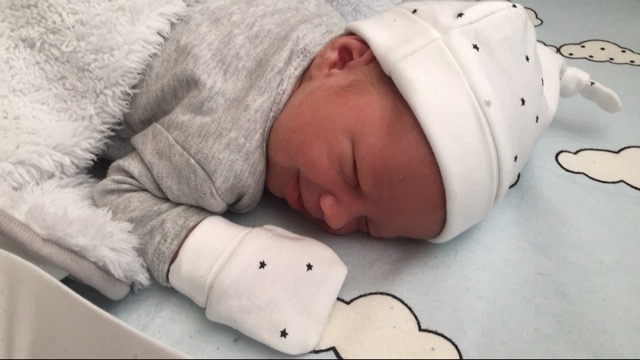 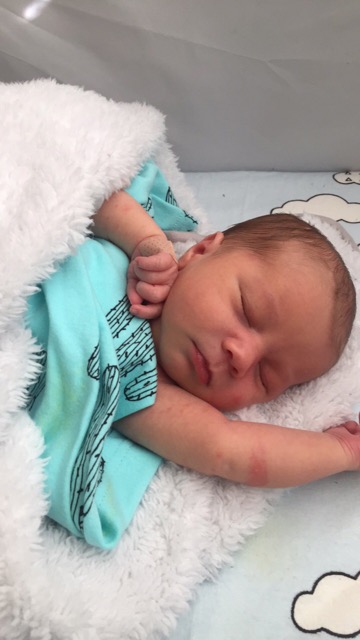 Sorry about the baby spam!!