When you errase a guy from social media. Does it means you errase him from your life?

A little back story, this guy and I been talking for a few months , he started being distant and ladies we all know how that goes, I brought it up a few times and he took it as I was just being dramatic and overthinking, even one time I sent him a text saying how I was feeling and he just said I’m not reading all that. Also I don’t expect him to text me all the time as we both work, but when I go on social media he’s always online posting stuff but yet he can’t text me back for like 2 or 3 hours. Anyway so I decided to errase him from social media Bc I didn’t want to feel hurt or mad every time I saw him posting and not talking to me or just saying one word answers. Well we stopped talking completely for a week. And today I texted him saying *just want to wish you and your family a merry Christmas* and he went off on me for deleting him and saying I hurt him Bc I deleted him from my life, I was just trying to protect myself from getting hurt as he was acting distant I explain to him everything but all he keep saying is I deleted him from my life. I only deleted him from social media and he never tried to text me or call me,

Was it mean of me doing this? 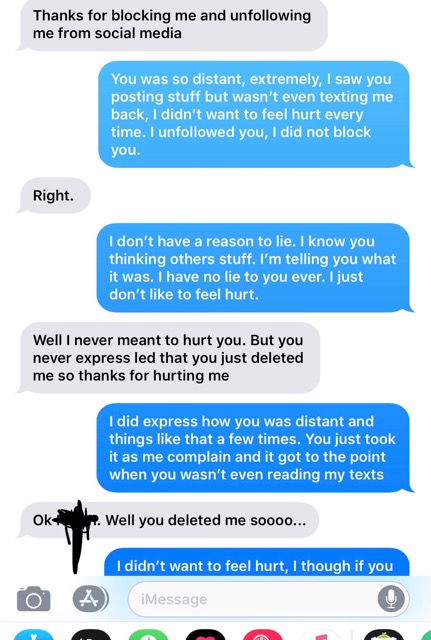 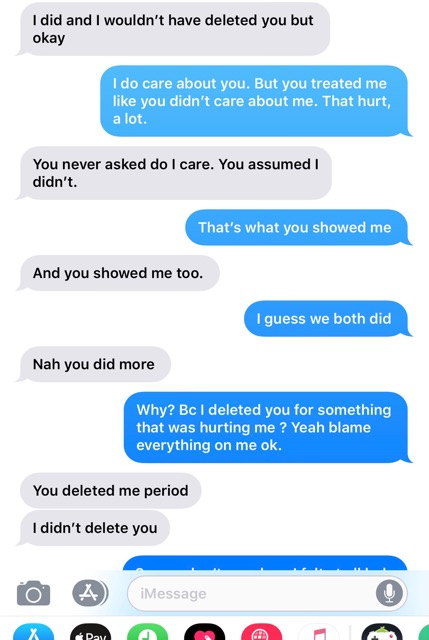 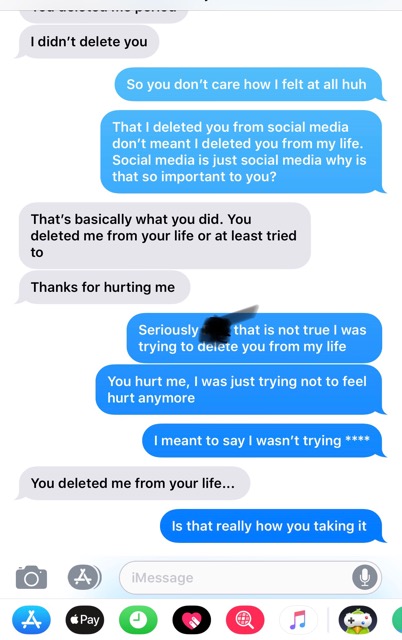 Thank you so much for all of you that commented! Here is an update... I said ok I was sorry for deleting him but didn’t regretted bc my feelings were hurt. Then he stops that conversation and talks to me like normal asking what was I doing 😶 I was so confused but kept it simple, ever since he texts me every day but doesn’t say anything about us I just play alone, yesterday I got anxious Bc this is really Confusing, I know I need to let it go and move on but then when he talks to me messes me up, so I asked him what are we doing and his response was idk, I asked *do you wanna be with me* and he said idk time will tell. I think I’m just hurting myself. He said I hurt him and I broke his trust. I really like him, I opened up to him and then this happens. I’ve been feeling down lately and very confuse ugh... but.... there is this other guy I meet that he’s been trying to see me since Months ago. I always said no Bc I was dating this guy, but he texted me on New Years and asked if we could try to hang out again. I said sure ( I need to take my mind off all this for a bit) so he wants to take me out this Saturday, he said he ready by 12. I’m excited but I feel so guilty, am I doing wrong for accepting a date from someone that has been trying to see me for a while?!