My ex and I have 3 boys. We have always worked things out really well. We work together and think of the best interest of the children. He's kind of a dead beat. He just started paying child support about 6 months ago. He is ordered to pay 200.00 (Total. Not 200 a piece.) a month, because in the divorce I tried to take it easy on him considering he didn't have a actual job. He never has paid like he is supposed to, maybe paid 15 times in 4 years. He got a job out of state and didnt even see or call them for over a year and came back acting like he was dad of

the year... but whatever. Anyway, despite it all I have NEVER kept the kids from him at all and wouldn't. I recently found out I'm pregnant and he knows and since he has been an ASS!! He is trying to fight for no reason and I just can't handle it. I'm having a major anxiety attack and I'm 8 weeks pregnant. He is a violent person and im now scared to be home alone while my husband is at work. He hasn't threatened me recently but he doesnt have to, I was married to him and I know how he is and can be. This is all over the fact that he got them entire thanksgiving and now he wants to bully me into giving up my visitation when we already had an agreement. I'm scared that this is going to affect my pregnancy, all the stress of it... Any advice? Any suggestions? I'm also worried when I do let the kids go he wont give them back because he has threatened that before also. I have sole custody and he has visitation. 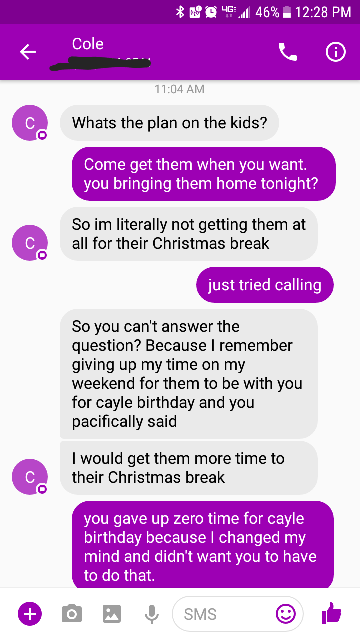 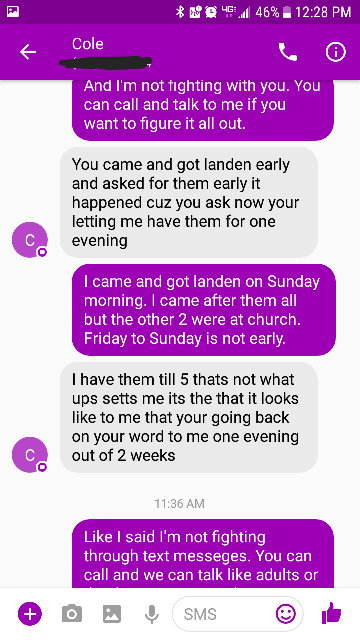 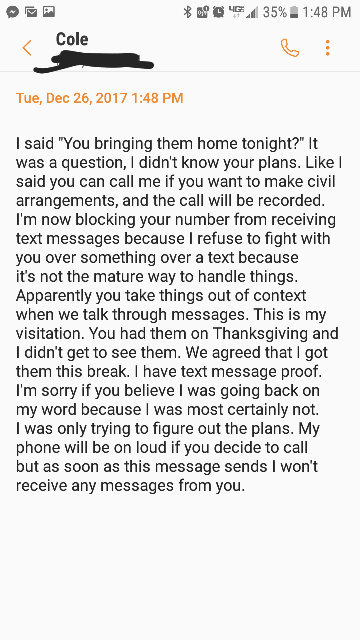