This is an old story but the way things have changed since the situation I felt confident in sharing ....So here I go

It was 2015 and I was starting my junior year of high school I had told myself I wouldn't get involved with boys that year because of my last relationship and I was just going to focus on school but I still had a dream guy and that year I finally found him ..he was everything I looked for in a guy from appearance to personality ...I wasn't even halfway into the first week of school when we first met ...I was in cosmetology class and he took a barbering class and one day we were on a lunch break and that perfect moment finally happened ...he spotted me and spoke to me ...funny thing is he was sitting in the table right next to me and I didn't even notice him until he came over and spoke to me ..and as soon as he did I couldn't even believe he was actually talking to me I thought it was a dream ...no guy had ever approached me first I'd always have to approach him and by him being my dream guy I thought it was too good to be true ..but we had small talk and got to know the basics about each other and from that point on we were in the talking phase ...a week after our talking phase we went on our first date ..it was my first ever date with anyone so I enjoyed it even more ..after the day of our first date we made it an official bf and gf thing and I begin telling some of my new gal pals about him and I that went to school with him ...oh gosh what did I go that for ...a couple of days after I made it public about us being a couple he came over my house after school one day and we had sex and I gave him a blowjob..in the the middle of me doing it I got a messenger notification from one of the girls who went to school with him that knew about us and I wasn't going to pay it any mind because of what I was doing but I stopped and replied but again what the hell did I do that for ...I went outside and she sent me a picture of him and a girl at school ...the girl he took a picture with posted the picture on Facebook with the caption "take your nigga like gimme that" and she had the hashtag "nothing serious"...so as soon as I saw the picture I angrily went back inside and put the phone in his face and asked him who she was and he told me he was a girl from school and she asked to take a picture with him and he said yes just to be nice but me being still recovering from my last relationship didn't believe him it was just the way they took the picture I just didnt like it and I told him we were done and he grabbed me and held me so tightly and said hit wasn't what I think and he didn't want to lose me and I just didn't want to hear it but since his mom was at work and couldn't pick him up until later on that day we ended up making amends but I still had doubt believing anything he said anymore ...we were so young that I guess love was the last thing he thought about ...I was 15 and he was 16...it took me a while to trust him after that but once I did again we became unbreakable and I never heard anything else like that again ...now two years later I am 1 8he is 19 and we have been through so much but we've gotten through a lot ...he is in the army now and working hard to better himself and be better for me and we are expecting our first baby and are getting married when he comes from deployment in march 2018...he has grown so much and our relationship has matured so much and I wouldn't trade him for anything in the world ...but I just want to know what would you guys have done in that situation? would you have left or would you have forgiven him and stayed ? ....the way our relationship is now I have to say I have no regrets for giving him another chance ...i tracked down the picture of that day when him and the girl took a picture together because it still kind of bothers me...put the hand on him because I didn't want to show his face I don't give a shit about the girl 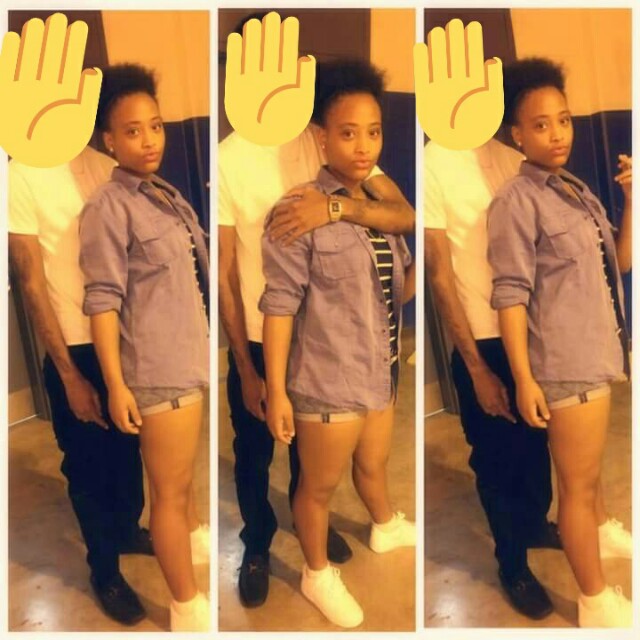