My twin girls both have silent reflux. They don't spit up as much as they gag, cough, and choke (a couple times were very scary) and they're very fussy babies. It's not colic because they fuss all day and can be soothed when held or rocked. They're currently on Zantac but it doesn't seem to be doing much. I took them back to the doctor today and explained all this and was told I would have to "ride it out". Now, this wouldn't be a problem if I only had one baby, but two fussy babies all day every day is starting to take a toll on me. Can anyone give me advice on what they did when their baby had reflux that made a noticeable difference? I know all babies are different but this worn out mentally and physically mamma is willing to try anything. Here is a picture of them at the doctor today just for some twin cuteness! 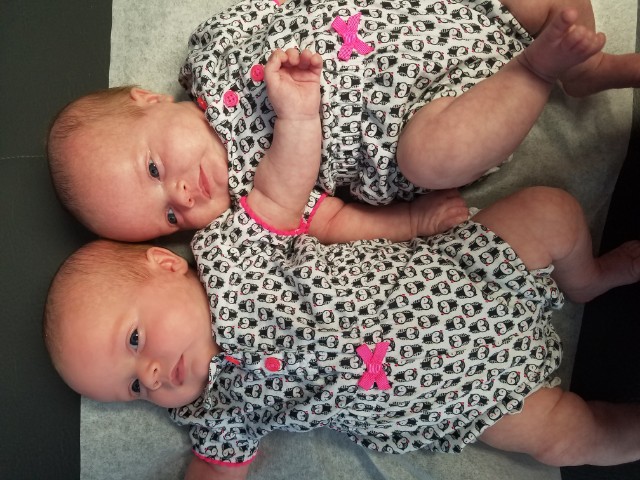