I’ve been talking to this guy since last Thursday. We met last Friday. We officially became bf/gf on Sunday. It just felt right so I went along with it. We were calling each other “babe”, “baby”, and other cute nicknames. He told me the day we started talking (Thurs, 3/29), he wanted to marry me one day. Had said he was going to propose the day of my graduation (Dec 2018) then I’d move to an army base with him and basically live happily ever after and have kids in the future. So basically today we had a predicament. I had to go borrow my ex’s car decal so I could park in my college’s faculty parking lot and he DID NOT like that (read picture below). The problem is.....I consider my ex a REALLY close friend. Don’t even think of him as my ex at all.

He’s my best friend. I don’t think I could give that friendship up for my new guy. I mean, I’ve known him for barely a week. So I was EXTREMELY pissed off by how he spoke to me (imagine this same type of communication but it was on our 2 1/2 hr phone call last night). That alone made me question if I want to be his gf anymore. So long story short, I said I want to continue just pursuing each other (not being bf/gf) and to get to know each other more bc I think we’re moving too fast. I told him he has A LOT of feelings for me (he’s falling for me) but I don’t feel the same for him. I like him but not falling for him. He agreed to not be bf/gf anymore but didn’t like it. He said I hurt his feelings.

Do you think we rushed and his feelings are TOO strong for a week’s worth of interaction?

Should I cut ties with my ex for my new guy? ( 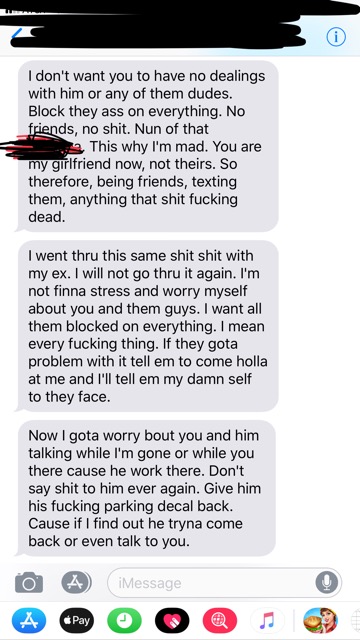 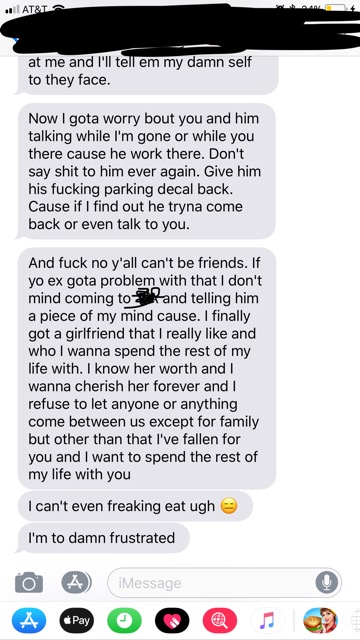 LADIES THIS IS WHAT HE TOLD ME THIS MORNING. 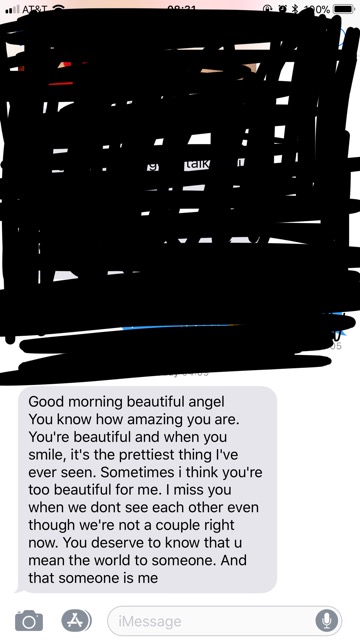