I just want someone to hold

It’s been three weeks now since I lost my son. And if you’ve read any of my other posts then you know I’ve been struggling and how hard our delivery was and what little time I had with him.

But it’s been three weeks since I’ve held my baby. Since I’ve gotten to see my baby. He was gone before I even got to to know what it would feel like to really be a mom. But I miss holding him. With me going into DIC after delivery and being in the ICU, I only got to spend a few hours with him awake.

Today I got the pictures that my bereavement doula took of him and the few she got of us together. And I printed them out for the scrapbook I started to document our time together. And seeing him again and seeing me holding him of course triggered all kinds of feelings.

Then later on my dog somehow ripped off a nail. So being the parent that I am I scooped her up, got her foot taken care of and refused to put her down for I think two hours. For two hours my poor angry chihuahua was carried around like a baby because I didn’t want her to put pressure on the foot in case it started bleeding today. I know I didn’t need to hold her that Long. And she is obviously okay, but after a few minutes of holding her like that, I couldn’t let go. I’ve been craving that feeling for three weeks.

I just want to hold my son again and I can’t. And I am basically torturing my poor dog because I’m still forcing her to sit here with me because I can’t let her go. 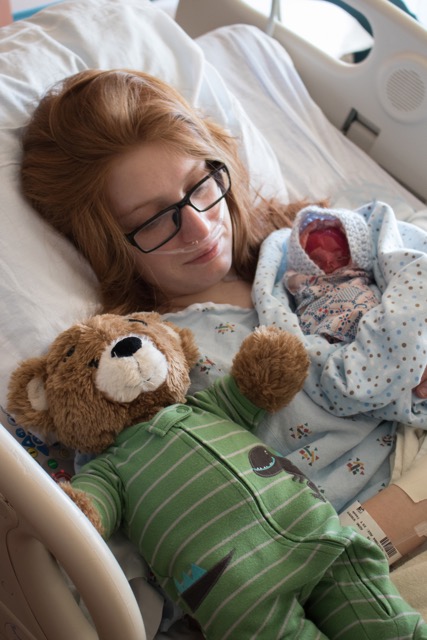