I am 12 days past my expected period. Since December I’ve had my period the 24th of every month so I am super consistent.

I tested two days ago in the middle of the day(top test) and it was negative I let it sit obviously for the two minutes and then it said negative and then I looked at it like the next day and there was no like faint line or anything so that one’s in the trash and then this morning at like 830 I took this one and I thought I could see a line but I was like now it’s probably too early and I’m just making things up and I left it on the counter and then I just remembered about it I went back to look at it and it has a faint line... would this be considered positive? I have an IUD in. My boobs are super sore & im breaking out bad just like my last pregnancy. 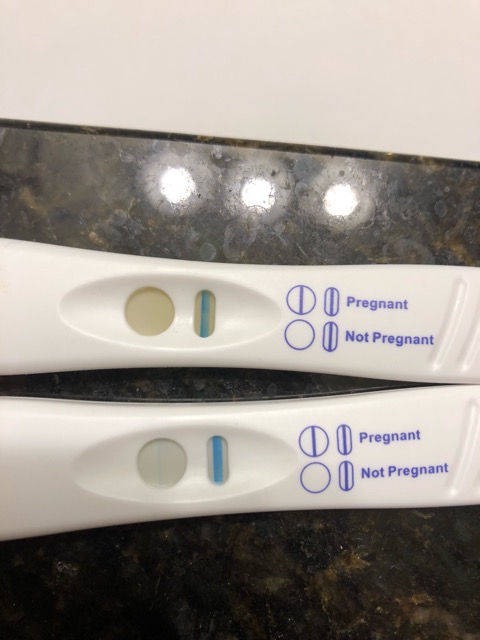