Hey I just got the implant and thought it’d be nice to update as I go. You know: symptoms or whatever. I’ve read plenty good and bad experiences so I’m just hoping for the best and hoping this can help if someone is thinking about getting it. Got it yesterday. The anesthesia hurt more than the actual thing, but it was decent. I’m not in pain and don’t have any bruising so far. :) 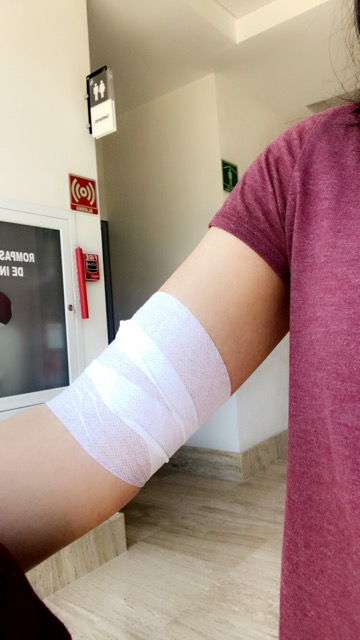 Well its been one month and a week since I got the implant. At the 3 week mark I had a headache for 3 days. Not like constantly just a small headache one day, took an aspirin (x3) so wasn’t that bad. I haven’t had them again. I also noticed some changes in my mood, I was more irritable and sensitive (especially directed towards my bf, poor guy) I cried a few times out of small things haha but overall it wasn’t THAT bad, I noticed I was acting up and I tried to talk me out of it. My sensitive mood comes and goes, so its not everyday just every few days. Finally I was supposed to get my period a week ago, my doctor said I probably wouldn’t get it. Buuut i have been spotting (brownish) these past few days. Nothing a pant liner won’t fix. I’m hoping it goes away in a few days. And that’s pretty much it. See you in a month!

So spotting was still an issue for a couple weeks, you know it’s not as bad as a period but it can be pretty annoying basically. Called my doc and he gave me estrogen, that should keep it in check! So I’ve been like trying it out. I took it a few days and spotting stopped which was great. After a week or so it came back 🤔 but i let it be for a few days. I was gonna go to the beach so I took it again for a couple days and it went away, after a week it came back but I’m actually doubting whether it was spotting or my period since I hadn’t spotted that red or that much, so that’s a doubt I still have. Anyway after like 4 days of this very light period / heavy spotting 🤷🏻‍♀️ it actually went away and I’ve been without it for 2 weeks now which is amazing and I hope it stays this way. Haven’t taken more estrogen either.

There was one episode at the beginning of the month where I was super sensitive and irritable and cried a lot but it lasted a week, after that I’ve been pretty okay. No crazy mood swings or anything! Been feeling great! 👌🏼