After staying up all night the night before my induction reading all sorts of Mom bashing and horror stories about elective induction. With positive stories few and far between. I was so scared to go in on Thursday for my induction, I almost cancelled it! I chose to have an induction at 40+3 days because I was over it, my husband has a work trip at the end of June out of state so I’ll be by myself, and because I felt confident my baby was healthy and full term.

I went in beyond scared Thursday at 7pm, I was 1.5cm dilated and 50% effaced, baby’s head was also down very far (can’t remember station). After checking in and getting settled my induction started at 10:58pm. They started me off on cytotec to dilate my cervix, then the plan was to do Pitocin once I was dilated enough. An hour later the nurse came to check and see how dilated I was, I had made it to a 3 and contractions had started on their own, no Pitocin!! She said she would let my contractions go naturally for a bit before we did Pitocin. I’m a huge baby when it comes to pain so a short while later I asked for an epidural and she said it was too early. But she gave some sort of medicine through the IV that just took the edge off. After some of the worst pain I had every felt. And super long contractions that were only about a minute apart. The nurse came in to check me and I had dilated to 5cm! She said I could have an epidural and told me we would not need Pitocin!👏🏼

Also let me tell you, I think epidurals are the best thing ever invented. I slept all the way until I got checked again I dilated to a 6.5 but my contractions had dramatically slowed down and almost stopped. I chose to have my water broken to kick start those contractions again and my epidural topped off because just a little while later and I was at 10cm and ready to push!!!

I pushed for maybe 10 contractions or so (pain free might I add). Then they had the dr come in and I pushed another 5 times and baby Brecken was born!! June 8th at 11:38am 7lb 6.5 oz, little guy tore me in 2 different spots unfortunately but meeting him was worth every second of this journey!

Team elective induction for sure!✊🏼 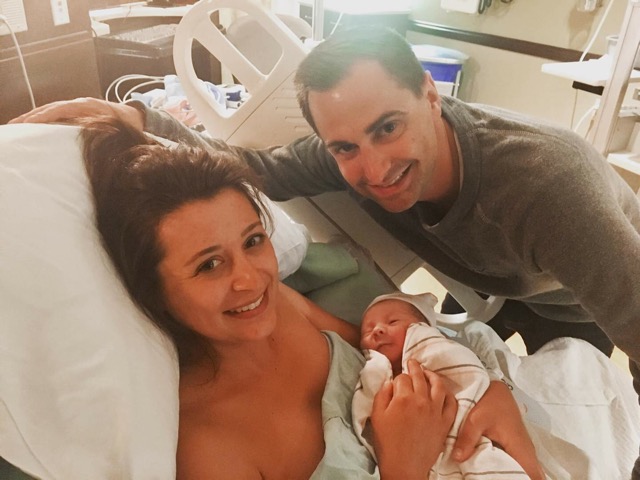