Confessions & Secrets
Feel free to confess here whatever you'd like! Whether it's silly, serious, sexual, etc,

I’ve never told anyone this and I don’t know what to call it...

When I was younger (maybe like 9-11 I’m not 100% sure anymore but bear with me) my moms friends (aunt) new husbands son who was a teenager at the time, let’s call him Matt, use to entertain me sometimes when my aunts daughter wasn’t around and the adults were busy bc he was closest to my age and pretty much free all the time. He use to play video games in the basement, I think they were racing games but that’s not really important. When he would be stuck with me I basically bugged him a lot bc I was young and he was trying to ignore me, but he was nice enough for a moody asshole 16 (ish) year old. Sometimes when I’d beg him to let me play whatever game he was playing he would, he’d let me design a car (normally pink) and go around a track or whatever the game was set up as. At some point he started telling me no, and so I begged even harder. That’s when he started making me deals. In return for using his game and making a hot pink car he’d ask me to sit on his face and not tell anyone or I’d never be allowed to play his game again, which at my age I’m sure I didn’t have the reaction you’re probably having now. I thought it was weird and it kind of made me uncomfortable solely for the reason that I didn’t understand why someone would want another persons butt in their face and bc I was self conscious, not bc I thought anything sketchy was going on. I would of course do it bc I was gonna be stuck at the house with a bunch of adults and Matt with nothing to do and the only way I could play the game was to do what he asked. It’s not like it was a one time thing, it happened sometimes more than once a day and almost every time I was there with him to the point it became normal and I didn’t really think about it. No I don’t remember what he did while I was sitting on his face (fully clothed) and I didn’t understand it was wrong at the time but as I got older I recognize something was wrong, even though I pretty much never saw him after he was done HS. There was a certain point where I think instead of thinking with his hormone crazy teen boy body he knew he was wrong and had to stop bc he basically started ignoring me and telling me to leave him alone whenever I was around. He felt guilty, I could tell then and I know now. He stopped acknowledging me and I just went on with my life bc at the time it honestly wasn’t a big deal. A few years ago Matt died and I hadn’t talked to him for a few years before that, so I’ll never have the chance to have an adult conversation with him about this. I’m not really sure what to call what happened and I don’t think it like “scarred” me in any way but you never know. Sorry this was kind of long winded but now you have all the details. I’ve never told anyone this in my life. This is my best kept secret. Any advise or comments, I’m kind of looking for feed back as no one else but

Matt and I, and now you, know about this. 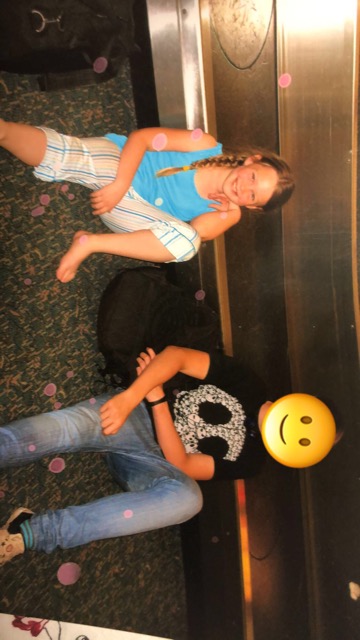 (At an airport in Florida on vacation w our families, and oddly the only pic with water damage)