Okay, for starters I’m 18 years old and I live in New Orleans Louisiana . I’m going to start college in Atlanta in the fall but I need money for a car , to get to orientation, to pay my car insurance that’s about to expire & a lot of other person high things.

So I’ve seen some things about those sugar daddy websites and how they’re legit & things . So when I first made 18 the end of last year I made a page and actually got a lot of people messaging me but I later deactivated my account. I have a new account that I just made so now I’m on there again. Well I need help to see if this sounds right or not .

I got a like from this guy, he doesn’t have a lot of information on his profile but then again some men aren’t the type to continually type things out . Well I liked his profile back (he didn’t have any pictures but had two pictures hidden) that way you have to request to few them and then he accepts. He has in his bio that’s he’s an entrepreneur/business owner so that’s why I figured he didn’t want anyone to see his face because that can hinder his business .

Well he shot me a message and we started talking 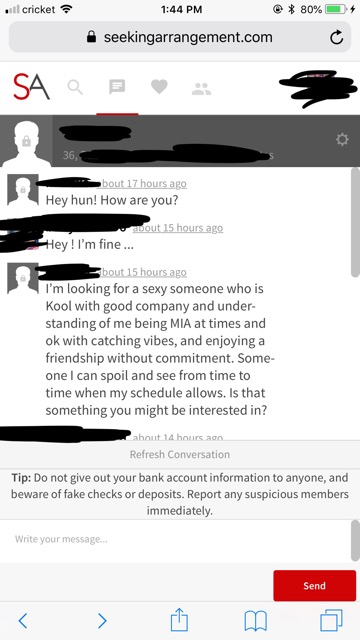 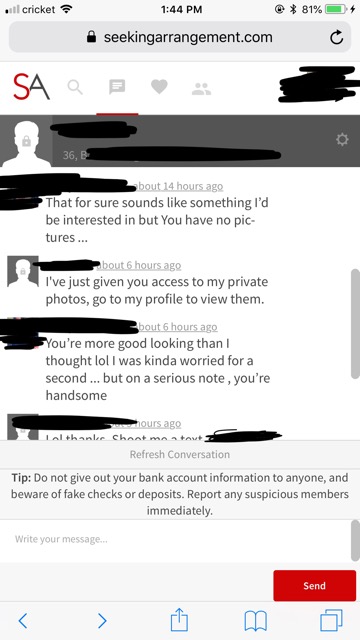 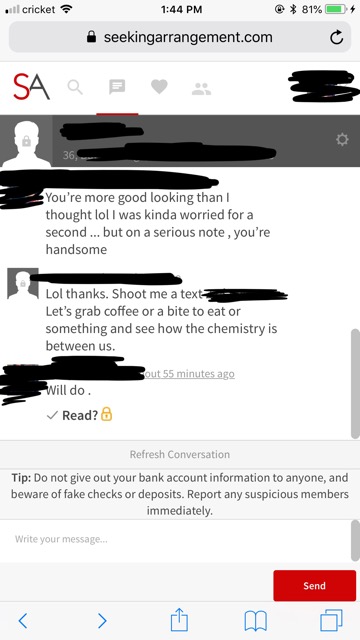 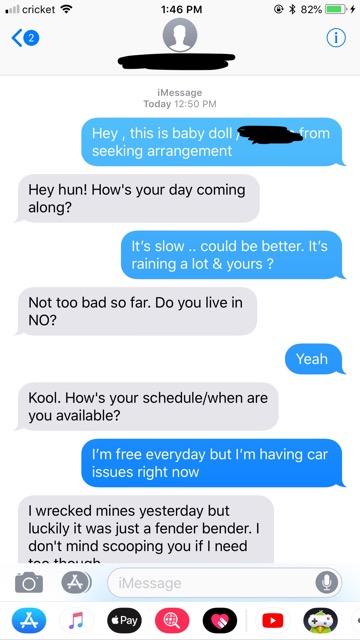 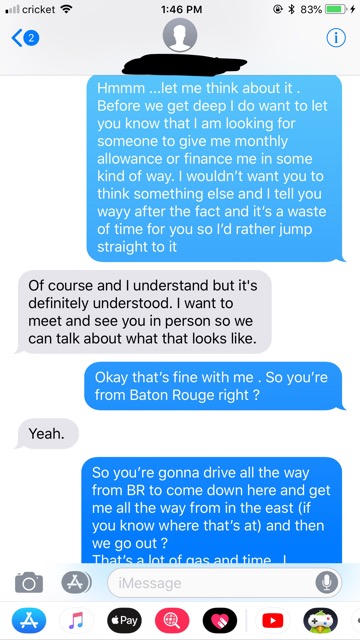 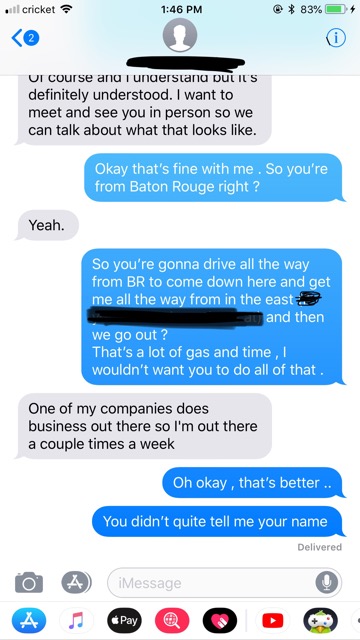 It took him a while to respond after I asked him his name but I figured he was busy ... he texted about 5-8 minutes after and then the conversation flowed fast again after that . 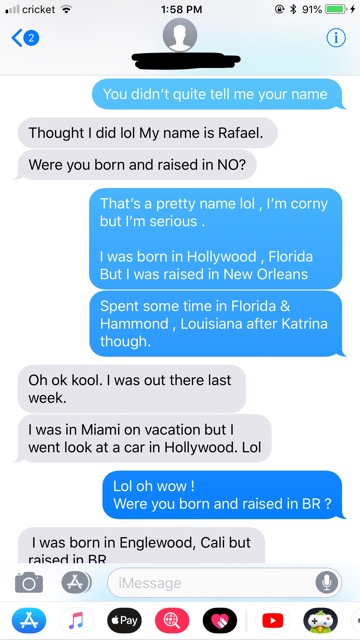 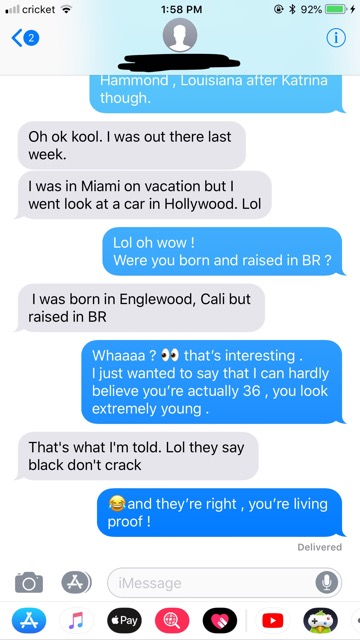 Do you guys think this is legit ?

This is my second time posting this story and this version is kinda sorter than the first thing I posted . So you can read the first post full out on my profile .

We just got off FaceTime ... the FaceTime call went great actually.

I’m a little skeptical because we’re supposed to be going out Wednesday morning around 11:30-12:00 ish but when I asked where he wanted to go he said out to eat .. but never really gave me a place he’d like to go eat .