I don’t know if I’m having implantation bleeding or if AF is coming early and taking her time. Tuesday I was curious and took a 6-day before your missed period First Response red dye test and it was negative (that was 7-8 dpo). Thursday I started having some brown discharge. I saw it twice when I wiped in the afternoon. Yesterday (Friday) I had more brown discharge and then later in the day a little bit pinkish red in there too but still mostly brown. This morning first thing it was like this. I’m also having to run to the bathroom to poo this morning and feel “off”... kinda crampy but not really. Should I retest or pop a Midol and put in my diva cup? AF is due on Monday 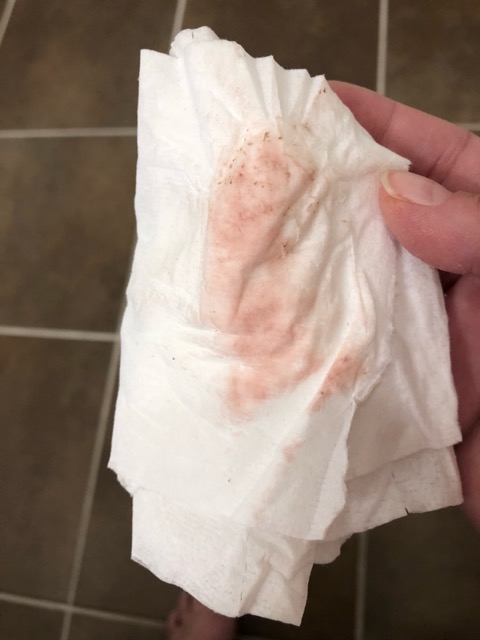