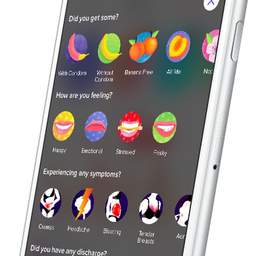 Bedsider • Fri, Jul 17 • Bedsider makes birth control easier by giving you everything you need to find it, get it, and use it well!

The patch is a thin, beige piece of plastic that looks like a square Band-Aid. It's a little less than two inches across, and comes in one--and only one--color. (Beige.) You stick the patch on your skin and it gives off hormones that prevent your ovaries from releasing eggs. The hormones also thicken your cervical mucus, which helps to block sperm from getting to the egg in the first place. The brand name Ortho Evra isn't being produced anymore so if you use the patch, ask for the generic, Xulane. 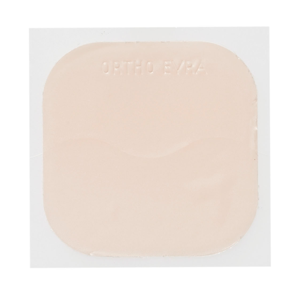 Easy to use and works like the pill, but you only have to worry about it once a week!

How To Use It

The patch is simple to use. The only tricky part is remembering the schedule for putting the patch on and taking it off.

You can put the patch on your butt, stomach, upper outer arm, or upper torso--never on your boobs, though. Just stick a single, new patch on once a week for three weeks in a row, then go patchless (no patch) for the fourth week.

For example, let's say it's Tuesday and you put on a new patch. Tuesday becomes your "patch change day." In other words, patches will always go on (or off) on Tuesdays.

You'll probably get your period during the patchless week, and you may still be bleeding when it's time to put the patch back on. That's totally normal. Put it on anyway.

Check out these tips and tricks to make the whole thing easier.

Tip 2 - Think carefully about where you want to stick the patch--it'll be there for a full week. Like, what will you be wearing? How squishy is your flesh in each spot? (If you've got a bit of a tummy that makes folds, for example, the stomach may not be the spot for you.)

Tip 3 - Only peel off half of the clear plastic at first, so you'll have a non-sticky side to hold on to.

Tip 4 - Don't touch the sticky part of the patch with your fingers. It's a beeyotch to unstick.

Tip 5 - Press the patch down for a full 10 seconds to get a good, firm stick.

Tip 6 - Don't use body lotion, oil, powder, creamy soaps (like Dove or Caress) or makeup on the spot where you put your patch. Stuff like that can keep the patch from sticking.

Tip 7 - Check your patch every day to make sure it's sticking right.

Tip 8 - Fuzz happens. You'll probably get a bit of lint build-up around the edges, so plan accordingly. You can use baby oil to get any remaining adhesive off your skin.

Tip 9 - When you take a patch off, fold it in half before you throw it in the trash. That'll help keep hormones out the soil. And don't flush 'em! The earth will thank you.

+: Easy to use--it's like sticking on a Band Aid

+: Doesn't interrupt the heat of the moment

+: May clear up acne

+: Can reduce menstrual cramps and PMS

-: Bleeding in between periods (probably only for first 2-3 months)

-: Nausea and vomiting (probably only for first 2-3 months)

-: Irritation where the patch sits on your skin

-: A change in your sex drive

Learn more about the Patch

Where to get it