So I’ve decided to take a break

I felt like taking a break would be good for us for him to think. He has said things like I’m not shit , Idk how to be his gf , if I was to get preg he’d leave and he threw my stuff out of his car window on the floor . We’ve fought & he said it’s all a joke ? I don’t think I’m taking “life” too serious I just think I know what I prefer to deal with an what not to deal with . I told him since last night we need a week apart and he’s now responding but this was his response after I told him the reason why. 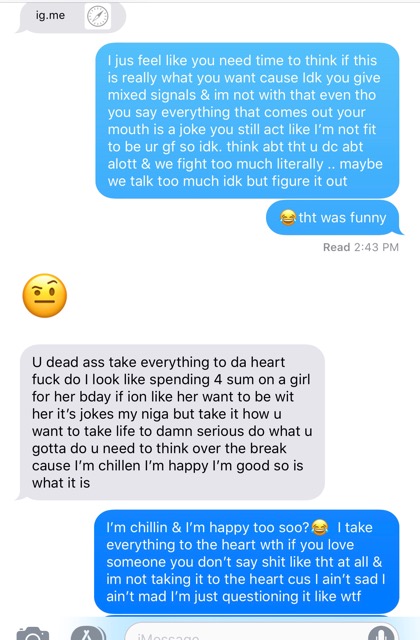