To be or not to be.. seriously that’s the question -_-

I have been seeing this guy for about two months know. We spend about two full days together a week, on top of a million phone calls/texts/FaceTimes. Everything is going really really well. I was in a horribly abusive engagement and got out of that about 8 months ago and he’s been really great with helping me cope and just figure out who I am again. The problem is.. he is hesitant to ask me to be his girlfriend. I feel like I’m in high school again or maybe it’s because I haven’t dated in a long time. He has only ever had one gf and that was 5-6 years ago. He says when he calls someone his gf it means that he sees a lifetime with them. He takes dating very serious. We are in our mid 20s btw. So this is the thing. If a guy asks if I’m single he wants me to say that I am not. If a girl asks him if he’s single he says he’s not. But I am not his girlfriend 😑 it’s so confusing. And honestly I’ve summed it up to he’s afraid of the title. I don’t understand it but I know from what he has told me he’s last and only gf was pretty fucked up to him. So I think he may be scared. What do I do!? I can’t stay title less forever and I want him to come around. I’m fine with waiting but I also don’t want to wait 6 months or even a year. If I am gonna tell guys I’m single, I want that to actually be true. 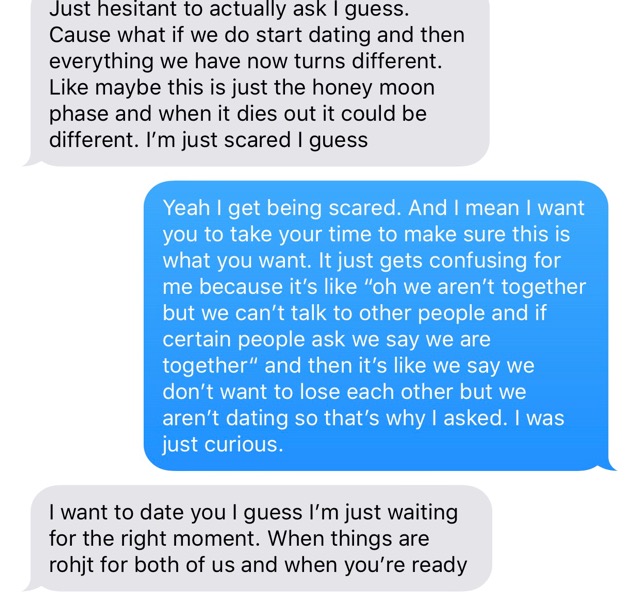