My handsome babyboy is here!!💙🤗💙

Jeffrey F. Taylor Jr, came at 2:10pm today, Aug 5th, 2weeks early, 7lbs 9oz. I only pushed 5times!! He is in the Neonatal Assesment Center because he had an air pocket in his right lung and they just did a procedure to get it out so he's much more comfortable breathing now!! He can't come back to the room with me because they have to watch his progress after the procedure. Dr said they got ALOT of air out of that lung and they can tell already that he's breathing better. I was so emotional awhile ago but im good now. So i came in at 10am, was checked and immediately rushed to L&D; because i was already 6-7cm. At 1st, they thought i would be going home, thought it was just a bloody show but my contractions started coming FAST and HARD!! My actual Dr was at another hospital delivering a baby and she told Drs not to check me anymore until she arrived because she didnt want them to break my waters since it was buldging. About 12:15 i got my epidural and i was checked about 30mins after that because my contractions were still strong even woth the epidural. So they felt like baby was trying to come and if he was they weren't going to try and wait on my Dr. I was at 7 1/2cm. So about 1:20pm my Dr arrived, and they broke my waters. The pain i felt, the epidural did NOT control it. They checked me at about 1:45 and his head was crowning. So they called all the Drs in and set me up to push. I started pushing at 2pm. He was out by 2:10pm and they laid him on my chest😍😍i did not want to let him go. But he was breathing funny😔. But im sooo in love with his handsome self. I want to hold and cuddle him sooo bad!!😔🤗BUT, it was fun sharing my pregnancy experience with some of u ladies, but this will be my last post!!🤘✌🤘👣👣👣👣 💙🖤💙🖤💙🖤 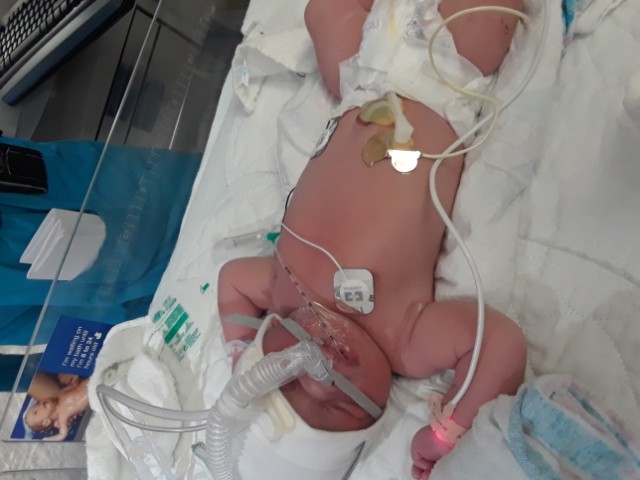 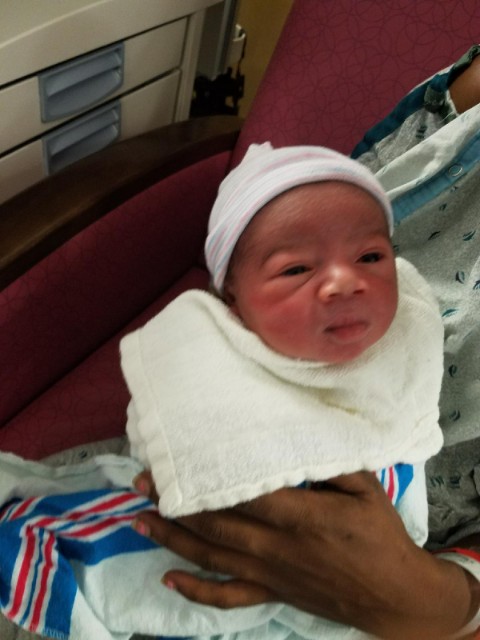 Oh and for any ladies thats "due", and want to get labor going, have SEX!!! Thats what the Doctors think pushed me into labor because me and fiance had a nice quickie last night😉. So, GET IT ON GIRLS!!💦👅👅👅💦 MAKE SURE THAT SEMEN GETS IN THERE!! Sorry if that TMI!! 😜😏😎🤣 Goodluck ladies💖