So my husband and I were reminiscing on the day we got married and were curious if anyone shared any similar experiences! Ours didn’t go so smoothly and almost didn’t happen at all, so it makes us laugh every time.

We eloped at the courthouse on March 10th 2017. I had just gotten promoted at work and was doing an intensive work leadership development program. My husband was trying to get promoted and had a crazy work schedule. So we picked a day that sounded “weddingy”, requested it off, and invited immediate family and 2 friends to join us. We booked a hotel (luckily we’re right next to the big theme parks so staycations are easy) for that night for a small little honeymoon and secured plans for my parents to watch our infant son.

9 days before the day, my father in law had a heart attack. He was hospitalized downtown but was doing well by the end of the week and they were in talks of releasing him the day of our wedding so he assured us he would be there.

The morning of our marriage day I woke up very early in the morning extremely sick. I couldn’t stop throwing up. That continued on all morning. By the time my husband woke up, he was just as sick as me. We were both just hanging out in the bathroom together feeling like death. Once we found out my sister was sick too we realized we had all gotten food poisoning from dinner the night before. We were freaking out because we had to get to the courthouse by 3 when they stop performing wedding ceremonies. So with the help of my mom, I strapped on a girdle, put on my clothes, grabbed a ton of ginger ale and crackers for the trip and we headed to the courthouse and got ourselves married. 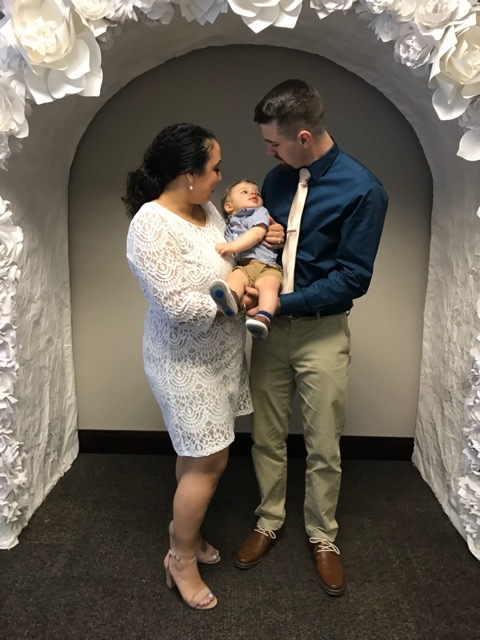 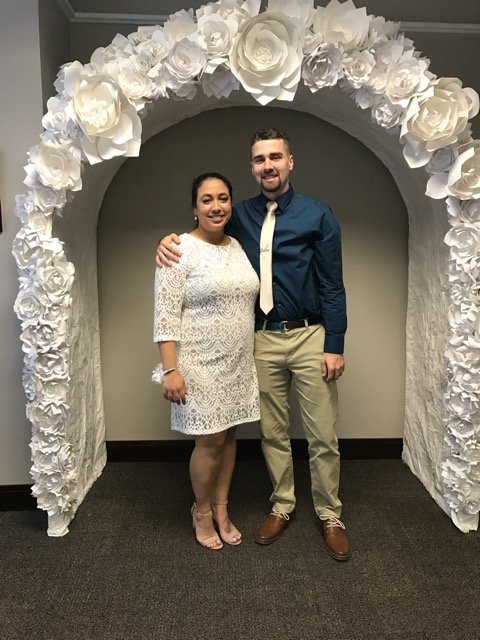 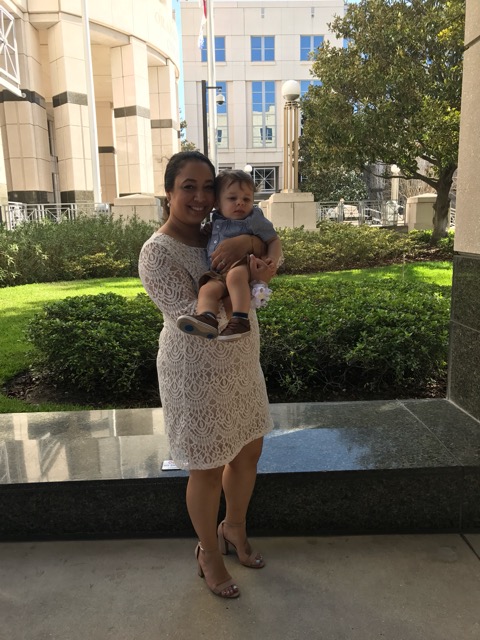 No one but my parents made it, but it was still lovely. We checked into our hotel that night, ordered soup through room service and passed out by 10! But there is nothing I would change about that day ❤️