When your friend’s a psychic...

This morning I woke up to a message from one of my best friends saying “you should take a pregnancy test, I had a dream you were pregnant.” She had no idea I was trying or that AF was due yesterday. I got a negative yesterday so I just said hmm ok I’ll try it. I took a clear blue digital this time and I walked back into the bathroom a few minutes later to this! I had to tell her thanks for the heads up! 😄🎉🤗

(I didn’t have any pee left in me and ruined the second clearblue test from the kit, so I had to do it again later, just so I could believe it was real).

Then I was debating whether I should tell my husband right away or surprise him later. Right before he left for work he asked, “hey when are you supposed to get your period?” So I panicked and set the test by his phone when he dipped into the closet. He saw it and idk if I’ve ever seen him that excited! 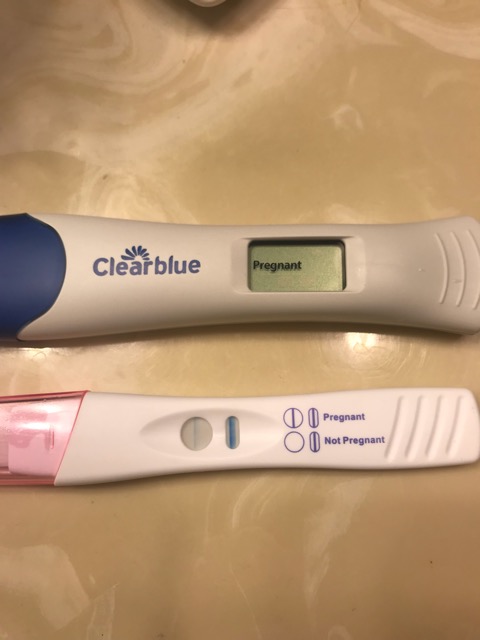