Do you think that the grandfather should have been punished by the law for this (see description)? 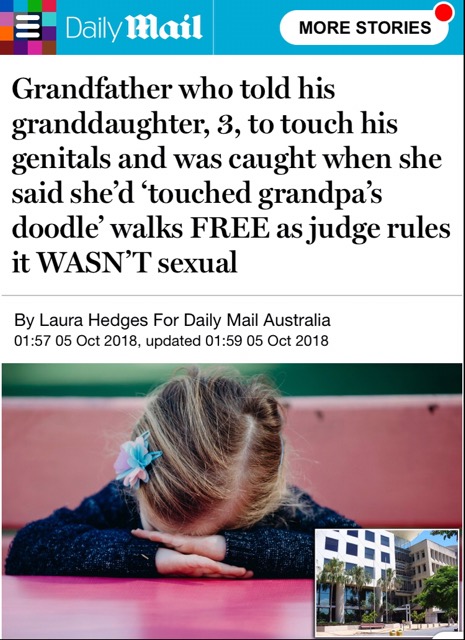 The incident happened in 2015 but only came to light several years later when the little girl talked to her brother about ‘touching poppy’s doodle because it was soft’.

The court heard that the man, who is aged in his 70s, had been sitting naked on his bed when his granddaughter came into the room and said she could see his penis, the Gold Coast Bulletin reports.

He then asked her if she would like to touch it so she did, for a few seconds with her finger before leaving the room.

When the little girl’s family reported it to authorities, the elderly man admitted to the offence, blaming his behaviour on ‘stupidity’.

The judge said that sentencing in sexual cases had to deter others from offending, which he took into account.

He also said that he found the elderly man would not ask another child to touch his penis again.

‘Ultimately, the nature of the offence is such that I think this not a sexual case, it was of such slight duration,’ he said.