Hi ladies thought I would update on everyone who’s ttc !! So me & my parter have been trying for a while & nothing was happening ..

I thought maybe because there off the internet they might be rong so I carried on testing and no other strong lines (darker than the control line) ever showed.

... Maybe am out this month as I had no symptoms ??? Nope so yesterday the 8th of sept 18 .. I woke up VVV sore boobs and was tired alllll day my partner noticed I was being a bit moody , so I decided to nip to the late pharmacy around 7.00 last night for a first response .. was so shocked to see a line come up straight away as I have had to many NEG!!! I thought hmmm ??? Is this even real not even FMU ..

Back to the shop for clear blu Digital 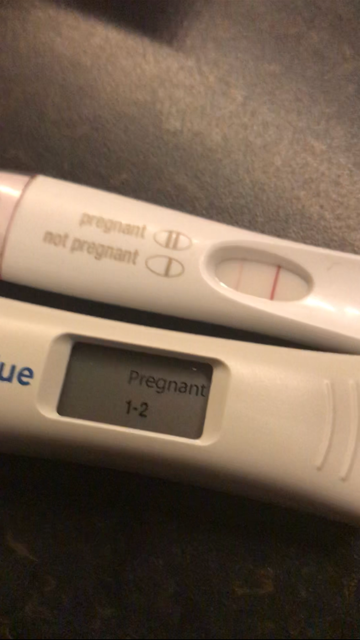