Let me start off by saying I was NOT expecting my son to come on his due date AT ALL. I woke up on 10/7 at 8am to what I considered braxton hicks because of how far apart they were and they weren’t super painful but had definitely increased from the ones I’d had previously. Then between 10-12 they got a little more frequent and by 1, they were every 4 minutes. Again, they were uncomfortable, but not painful. The fact that they had gotten to 4 minutes apart is when the lightbulb lit up that we needed to go and be checked. We get to the hospital around 5, as we had taken my grandma to lunch for her birthday, hence why we waited. Contractions were definitely strong and there but i was only dilated to a 3. What was cause for concern was his movements seemed to be very weak since contractions had started, so they kept me in triage for about 2-3 hours to see if anything progressed. There would be times he moved and then he’d stop for an hour and so forth. Finally, due his lack of movements, we were admitted. It was about 8pm. As soon as we got moved to our room, I got the epidural immediately as they were going to start me on pitocin to assist with dilation through out the night. We never made it to the pitocin...At about 10:30pm, I started to feel completely light headed and nauseous and my legs felt extremely weird. This is my second baby and I most certainly did not feel like this with my first. My fiancé had stepped out of the room to go downstairs for a quick second so I needed to call the nurse. Unfortunately with how groggy I felt, I ended up dropping the remote on the floor and wasn’t able to hit the call light button. Luckily my phone was right next to me and I called the hospital and told them to send my nurse in immediately. The charge nurse came in and noticed she needed to move my monitors. When she moved my gown and blankets, thats when shit hit the fan. My water had broken and baby boy had pooped really bad. It was all over the “puppy pad”. She compared the fluid to split pea soup 🤢! I didnt feel the fluid because my entire tummy and bottom half were numb from the epidural. I went from a 3-6.5 cm in an hour and a half. All of a sudden nurses are rushing in from every corner and the on call doctors are being called. I’m so out of it from the epidural still all I could remember to do was have the nurse call my fiancé. We are rushed to the OR for an emergency C-section and baby boy is born at 10:59pm on 10/7/18 weighing a healthy 6lbs 6oz and is 18 1/2 inches long. He was perfect, and hadn’t swallowed any of the meconium. I cant say thank you enough to all of the nurses and doctors at my hospital. I have never seen a C-section performed so quickly in my life and they made me and my fiancé feel nothing but calm and safe and let us know our son was going to be extremely taken care of and so were we. 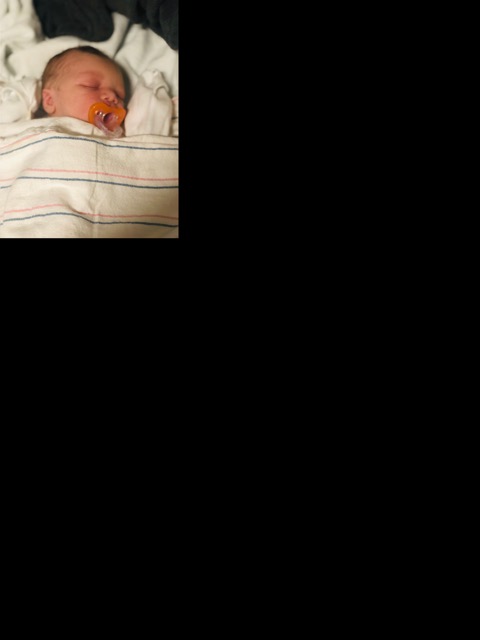