WOOHOO! It looks like I may have ovulated overnight, and Glow produced a coverline already! Not much of a rise, but I'll take it. 🙌🏻

Last night during BD I felt like my right ovary was about to BURST. It was throbbing in pain and my whole body was in overdrive, I was crazy aroused. I think hubs was pretty happy. 😂 I hope that was the magic one. 🙏🏻🙏🏻🙏🏻

Ovary pain is gone now, and the nips are sore, as they always are right after ovulation. My cervix never turned soft this time though, which is pretty weird. It stayed firm but very open.

I woke up this morning with a really intense feeling of needing to urinate, and it didn't go away even after getting up to go. I started having really bad cramps, but it didn't feel like "normal" cramping. It was lower, more intense, and constant. It didn't feel like a UTI. I was starting to get really worried, because it just wasn't letting up. Then I remembered that I had a cup in (it really is so easy to forget) and decided I should probably take it out. I usually leave it in for the full 12 hours, but this pain was too much. I went to remove it, and it was sitting unusually low... and, somehow, it had turned itself sideways 🤦‍♀️ I guess it was pushing on my bladder. I felt IMMEDIATE relief when that thing came out. Watch out for those sneaky things 😬 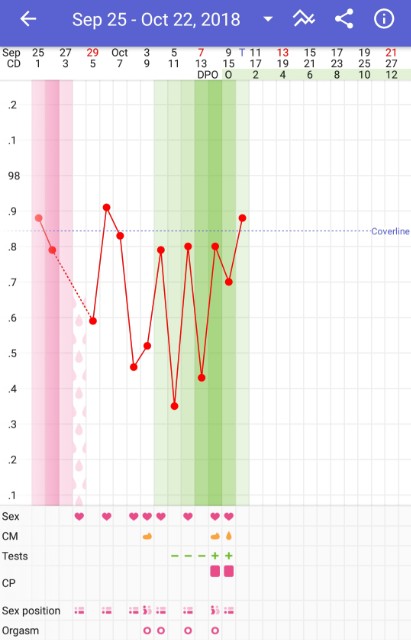 So this is interesting... I'm using the trial of Glow Premium. This is my overlay, first pinned at O... (looks messy) 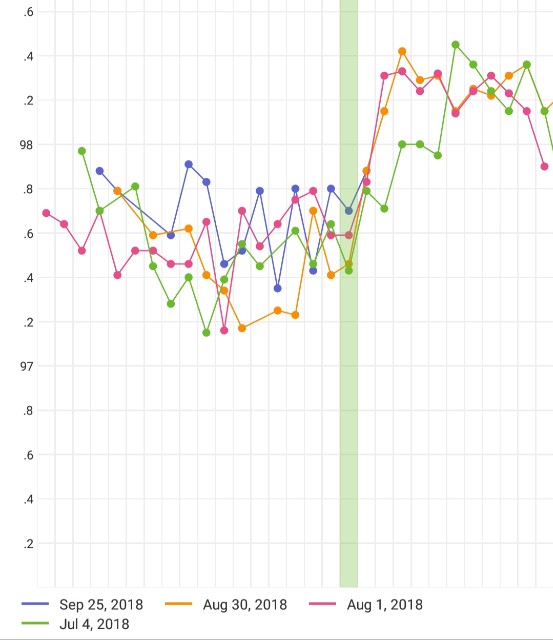 And then pinned at CD 1: 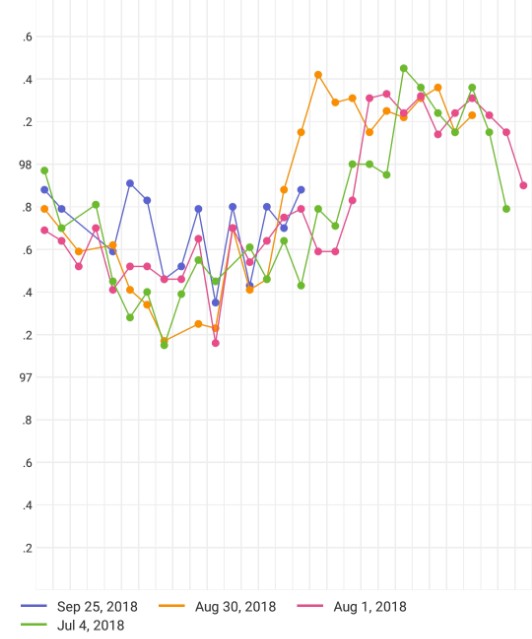