Stoners
Do you smoke Marijuana? Have any funny stories? Questions about it? Don't be shy to ask or tell!

So I applied for this job & didn’t know I had to take a drug test the very next day. So I stopped smoking for 24 hours. Scrubbed my mouth, tounge, gums and cheeks (basically raw) every hour and swished with hydrogen peroxide and lysterine and the day of the test I did the same thing, I poured some hydrogen peroxide in a water bottle and while I waited my turn I swished with it every 30 minutes and when she called me up I made it look like I was drinking water but I really swished with it again and spit it back in the bottle, so literally like 4 minutes before she put it in my mouth. Do you think I’ll pass? Also I did all this because it’s what my best friend did for another job and it worked for her: 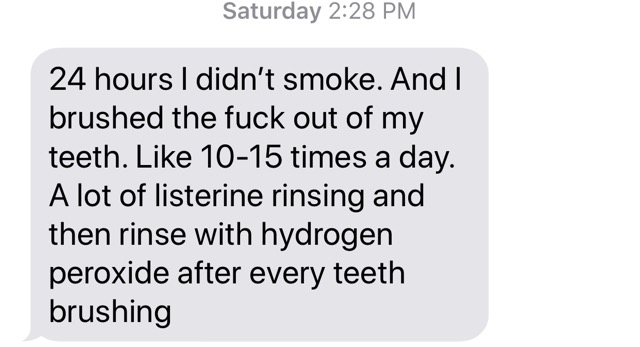 And the rest of the information I found online.