I see you! Sharing from BookFace..

Everyone talks about the positive results, but we rarely hear about the struggles of the negatives.

We rarely talk about waiting for the screen to fill up and noticing it skipped right over the first line that should’ve been there and goes right to that solo second “not pregnant” line.

Or how we take a picture of the test with the flash off. Then with it on. Then upside down in a handstand. Then editing the picture to make it lighter or darker or crisper or blurrier, trying to see if any angle or any edit can make those 2 pink lines visible.

We rarely talk about how before we take the test, in our minds we count out to see what month the baby would be born in and think about all the cute ways you can announce.

It starts with picturing that you’ll be able to announce with something like “Red, White, and Due” on the 4th of July. Then it turns into possibly making a surprise trip home to tell the family before summer is over. Then August and September pass and you decide it’s okay because announcing at Halloween is just as exciting. And then Halloween passes and you still haven’t gotten a positive.

They tell you stressing over it just makes it even harder for it to happen, so you try to pretend you’re not stressing (let’s all get a good laugh out of that one) because apparently that makes your whole reproductive system turn on you. But you can’t help but panic a little when the months keep going by and you don’t have a brother or sister in there for your current child and the idea of having them close in age becomes more and more of an unrealistic fantasy.

We don’t talk about how shitty we feel about ourselves when we see another pregnancy announcement on our timeline and for a split second, we’re jealous. How you can be so happy for someone at the same time that you’re envious of them.

Regardless of how long you’ve been struggling this struggle or if you struggled with it in the past - I see you, I feel you, I am you. ❤️ 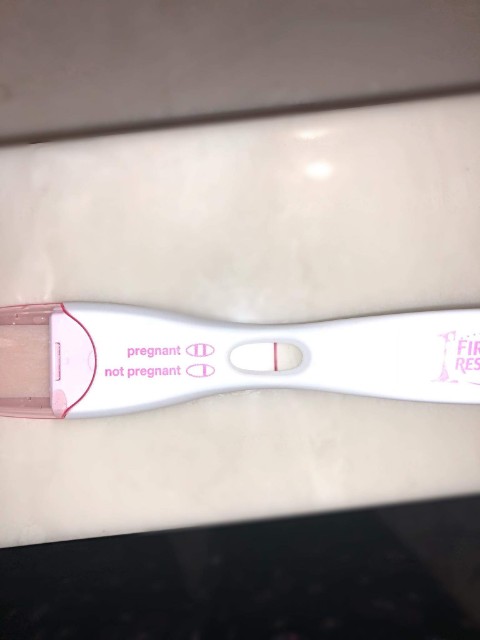 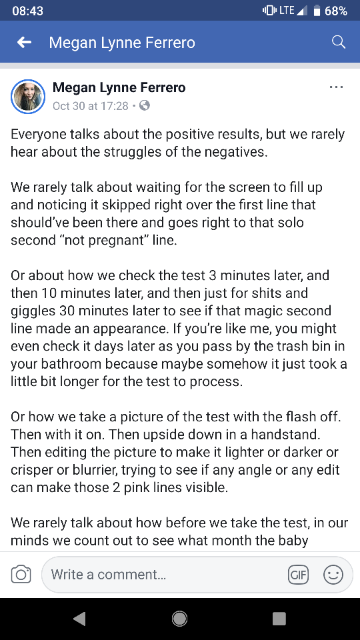