*update* him not replying but viewing my story

We lived together for 2.5 years but when we moved in with his grandma everything went to shit. The house was being taken back by the tribe, his brother was stressing him out, and his mental wasn't where it was suppose to be. While he was gone for 2 weeks getting better, I lived with his grandma and she was telling me not to visit him as he still wasn't in a clear mind. I ended up getting my own place and told her I will talk to him when everything is settled. I'm talking one day I'm living at her house then the next I'm moving into an apartment later in the month but need to stay in a hotel for a month. It was crazy. She was telling him I'm moving on and etc. I talked to him on the phone and told him since he wasn't better that I need to get settled. Apparently his ex called his brothers old number which he has now and they talked about our situation and she told him just wait and we'll be back together. He denied it and I actually heard about it from his brother. During this time his grandma was telling me to block him cause he was having delusions.

This is 3 months later and we started hanging again and he'd spend Friday night to Sunday with me and just this last weekend I shared how I felt cause I was hurt and used a lot by his grandma and just everything that happened. I was also upset about us not hanging out cause suddenly his grandma needed help with lights when 3 other adults live there. I know it's nice to put up lights but her attitude towards me has changed since I left

If he doesn't respond, I'm just going to move on but idk 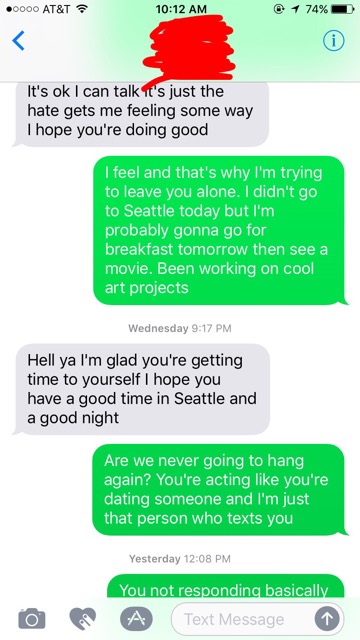 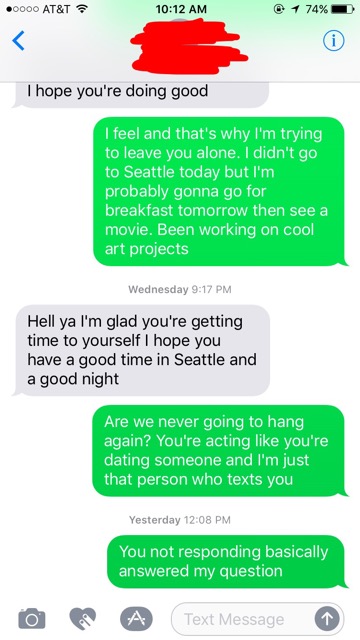