He caught it on a toy or something, when it first happened we didnt even know until the next day we saw the cut. Which then didnt look bad at all. I've been keeping an eye on it since it hasnt really healed. Like it seemed as if it was because it wasn't bloody or anything. And now all of a sudden its getting bloody again. Not like its dripping blood. I've started to put a healing ointment on it with a band aid and then putting him in socks or footie sleepers. But does it like something I should take him in for? It's pretty deep. 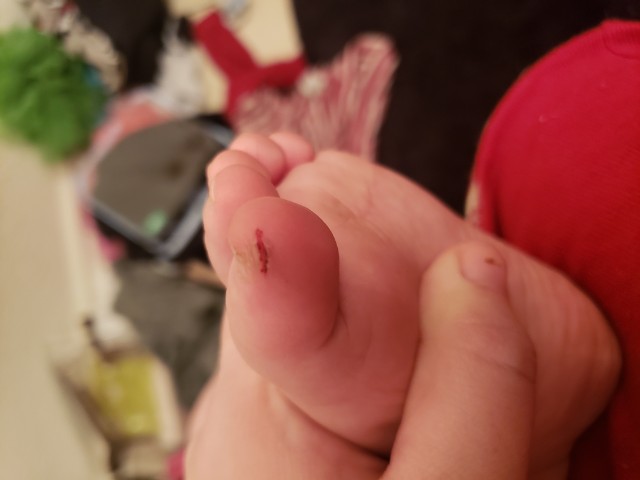