Yes so arrived at l&d at 11ish am and was admitted at 2:00pm for water being broke after they did 2 test saying it wasn’t but 3rd test was the charm. They started pitocin and increased it every 30 min to hour to avoid infection and get this party started. Was in beginning stages of labor until like 4 pm then received iv drugs for the pain. Worked for like a second lol got like 5 minutes of sleep. Then started hardcore laboring so decided on epidural which I had to redo twice and each time they attempted the redo he poked 3 times. I have scoliosis so he had a hard time but honestly I don’t care the epidural was a life saver and would do it again. Finally got some sleep then at 7:30 am I was still 5 cm and been at there most of the night. And i also had a fever of 101.3 and my cervix was swollen. So dr started talking c section but decided we run antibiotics first for 3 hours. Fever went down but was dilating so dr up pitocin even more bringing me to 7 cm then & 9 cm. Nurse then comes in the check and states I moved to 10 cm and I was ready. Start to push and pushed for 4 hours straight then decided to get c section bc nurse was wrong and was still 10 cm and cervix was covering partially. Baby was born at 3:15 on January 5th 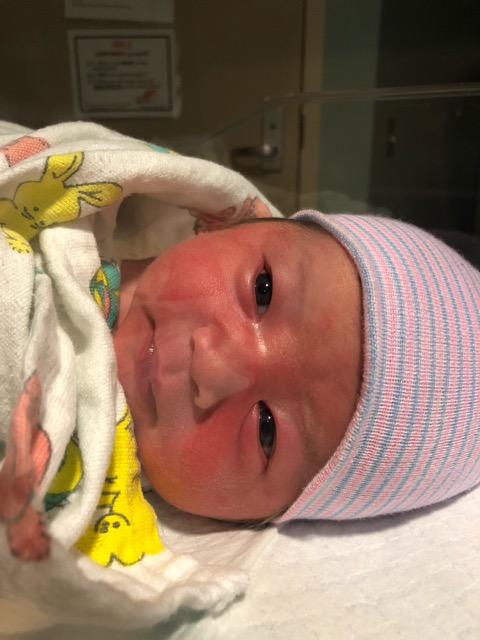