My baby was born early, preeclampsia got us put in the hospital on Friday January 4th, putting me at 29 weeks. Nothing much really happened, but they told us he was a month smaller than he should be. They told us we would be in the hospital for at least 5 weeks to get the baby to 34 weeks at least.

We got watched closely until Thursday night I got a headache and Tylenol wasn’t doing a thing. Friday January 11th morning now 30 weeks, still had a headache so they gave me more Tylenol. That didn’t work so they had me go to ultrasound. They kept putting the Tylenol to me and my headache got worse and worse.

They had a neurologist come up and try a nerve block, in both sides of my head to try and stop the headache. At the same time they told me that the baby’s fluid had gone from okay low to way way too low.

My nurse spent about half an hour trying to get him on the monitor when she finally got him his heart rate kept dipping low. They made the choice right then to do an emergency c-section.

My mother in law who had been by my side this whole time, called my husband who was just getting home from visiting his dad, to hurry up here.

I was terrified, it all happened so quickly. My head was pounding I kept hearing my nurse tell doctors, “her husband isn’t here, she wants her husband”

They took me in the OR and started the spinal. As soon as my husband walked through the OR door and sat next to me they started the c-Section.

What felt like an eternity was probably like 10-20 minutes when they came over and told my husband he can go and see his son. I kept asking why he wasn’t crying why i didn’t hear anything. Turns out they had moved him into the next room, but he was indeed crying. 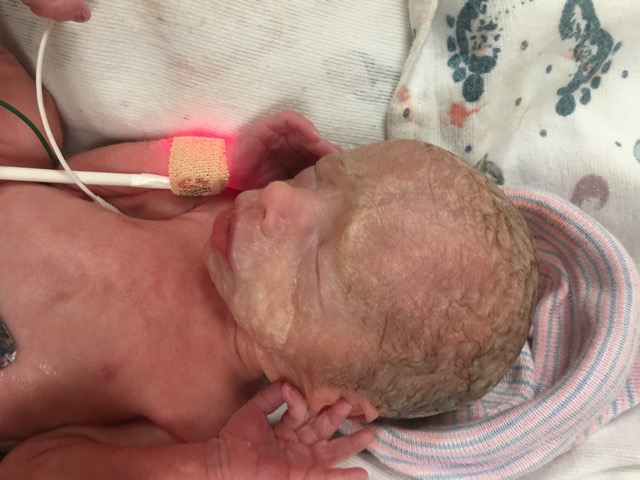 After a little while my husband showed me some pictures and they glued me up. After which they rolled me over to the NICU so I could see my baby boy. I was so out of it and talking nonsense by then nothing really clicked.

The first few days we spent several hours hanging out at the NICU just watching him sometimes crying some times just staring off into space. We didn’t really know how he looked since he was covered in wires and tubes. 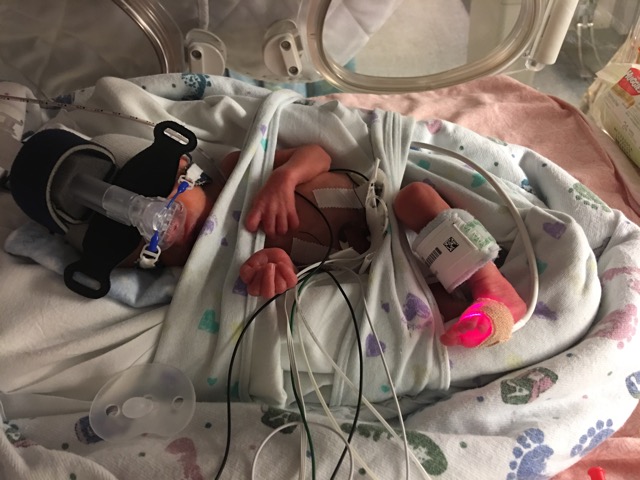 After about a week of being in the NICU he was able to get a lot of the wires removed. Including the CPap it was amazing walking in there and seeing our baby’s face for the first time! 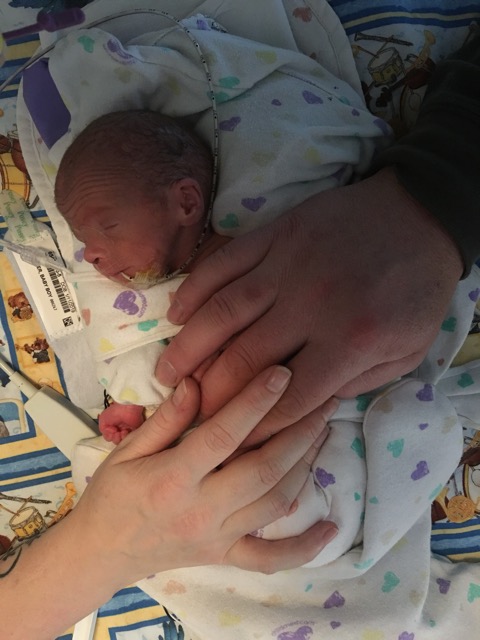 We are now at Almost 2 weeks old, I get to spend my days at the NICU hanging out with Ambrose Henry or as we call him Hank and my evenings with my other sons Owen and Elijah and my husband. It’s tiring, but every day Hank makes more and more progress. 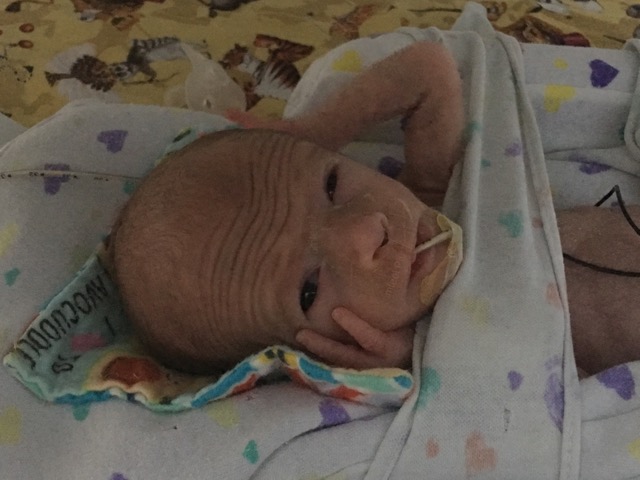 He has had 0 incidents, is breathing fully on his own, taking only breast milk (still through a feeding tube), no IV fluid, and has gone from 1lb 14oz, to 2lbs 14oz. He was a micro preemie. Born at 30w but was about a month behind size wise.

We are feeling overjoyed and blessed through this whole thing. 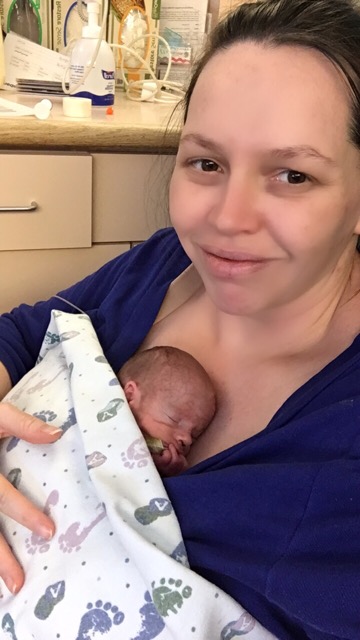