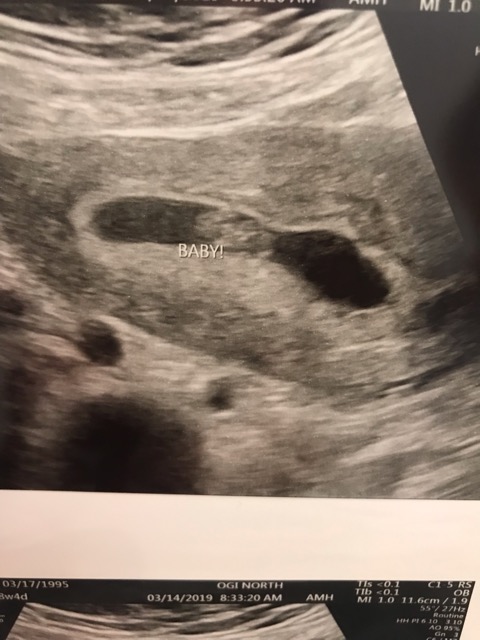 So I had my scan today and first let me say they had a hard time seeing anything, I guess my uterus is very far back so they did tv ultrasound and on top. The gestational sac was measuring on track but the baby was measuring a week earlier, which could be inaccurate I think since they had a hard time seeing the baby... like if you didn’t know I had a hard uterus you wouldn’t think to push or look harder for anything. They also didn’t measure using the on top ultrasound which is from the pic I posted which was easier to see, they measured the tv ultrasound which was very hard to see. I also think the measuring was wrong bc I had labs done to make sure I ovulated on time and I did. I saw the np today and she was so not helpful when I asked she said well idk what to tell you... why are you here then. Any thoughts?