Am I wrong? My fiancé is military and is coming home from deployment in June. He told me he doesn’t want me to come the first day he gets home because he wants to see his friends and spend time with his family. I get it, he misses them but what about me? Here are some messages between us. Also we live in different cities. I’m two hours away. 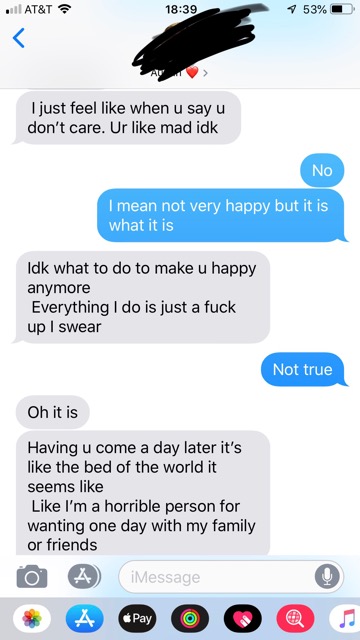 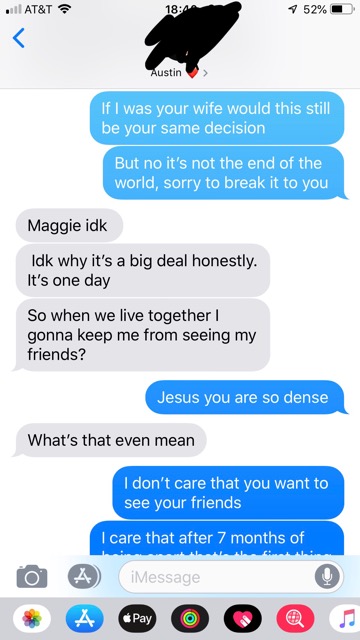 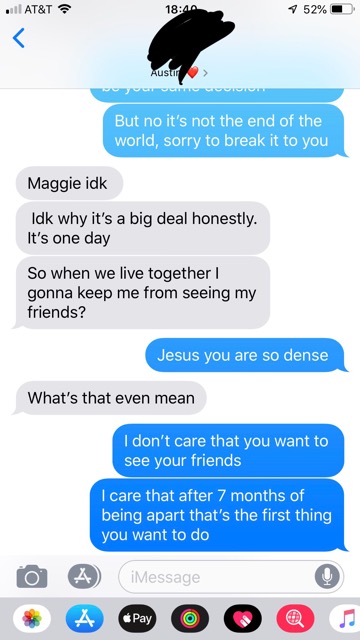 Am I overreacting? Is he right? Should I just stay away in the beginning? I don’t want to feel like I’m intruding but I’m supposed to be his wife one day and his family. Idk any thoughts would be nice. We’ve been together for 5 years by the way.

Wow, I did not expect so many comments so quickly. Thank you guys so much. I’m glad to know I’m not over reacting and that what I’m feeling is justified. I don’t know why he’s acting like this. He’s never done this before. Usually he wants me to be there as soon as he gets home. It just sucks because this wasn’t the first time I’ve brought it up. He thinks I’m being selfish because I don’t want to wait a day to see him. His one excuse for wanting to do this as soon as he gets home is to “get seeing his friends out of the way” as if it’s a burden or something? I truly don’t get it. It doesn’t make sense. 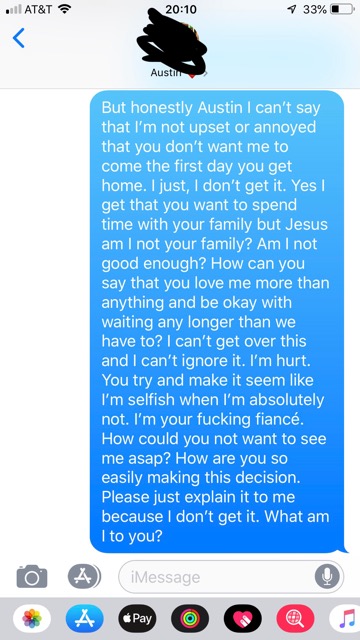 I sent him this message so maybe I’ll get an actual answer. Thank you guys for your feedback. I greatly appreciate it.