So I’ve with getting pregnant and obtaining. Every since February I’ve been congested, sick on and off (mostly on), super emotional (I literally cry for no reason when I hear Beyoncé’s formation), craving pickles covered in dirt, and smelling everything from a mile away.

I was telling my homegirls about it and she told a test.. I took 3 the first one was negative...the second one was negative but it turned positive a day or two later. (Those were in March) this third one I just took Saturday or Sunday and been completely confused every since then because it started off positive when I first dropped urine in it and went to saying negative right when I got done but then (picture) 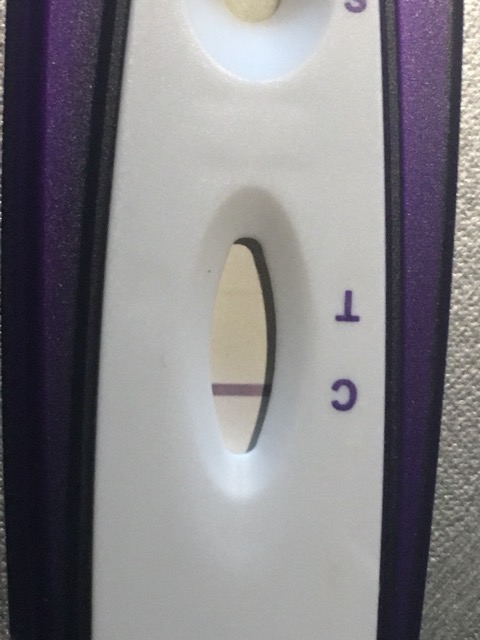 I don’t know if that’s a faint positive or just negative. But I do know if it’s positive I’m completely behind on prenatal care because at this point I should be in my second trimester