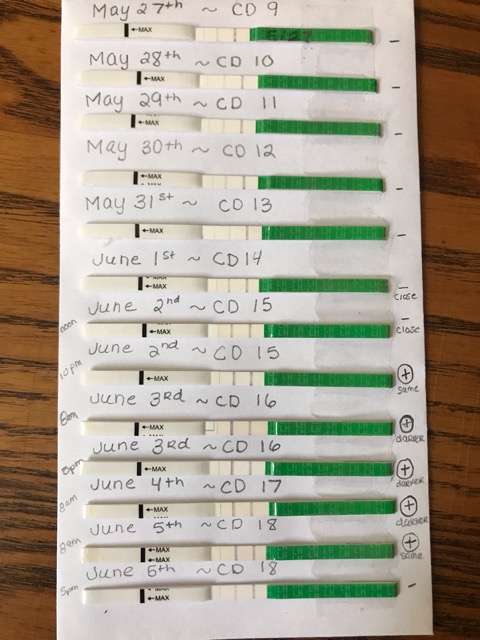 CD 15 was my first positive (the lines were equally the same color) and then CD 16 the test line was way darker so I thought that was my peak. I had a temp change on CD 17 so I assumed that meant I ovulated the day before (CD 16). While I was getting those positive tests I had light EWCM. I’m now (according the app) 3 DPO and I’m noticing I still have some EWCM. Is it possible the OPK was wrong and that wasn’t my peak? Has anyone experienced EWCM after ovulation?