So I know. I know we are so so done with post about Facebook comments,but this had me very confused. Her comment was because of Ken Jeongs humor about OBGYN in appointments,in this specific video, (which me and my sister who is 11 years older found hilarious) he’s just known for humor that isn’t the nicest, but it makes tons of people laughs.

Anyway the question is do you agree with her?i don’t, I even stated that you go there willingly to be checked. As someone who was sexually assault young going to the OBGYN is not rape or even assault

Bonus question if you have watched the video(it’s on Laugh Therapy, posted on February 12). Was it ok he made these jokes? I think so because they were harmless, but that’s just me 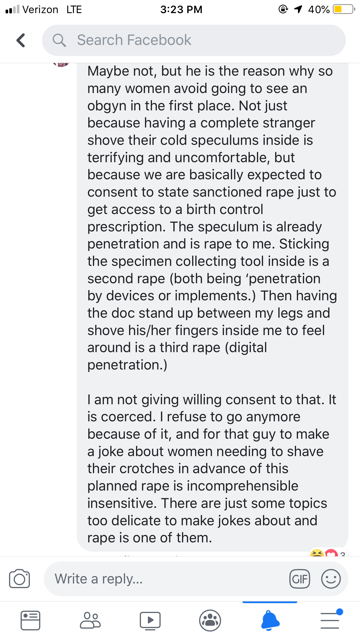