Miracles can happen for ANYONE

I don’t even know how to start this post....

As soon as I got married, I got very sick with a blood disorder where my periods would lasts up to 17 days. I never knew when I was ovulating and it was THE most frustrating thing in the world! I experienced this for a year and a half.

As the months passed by, I fell into a deep depression. I feared even going to the grocery store because I knew someone would ask if I was pregnant yet.

To make it worst, EVERYONE around me were announcing their pregnancies. Also, this pain inevitably shook my marriage. We were in a really dark place. Eventually, my periods became normal in MARCH of this year.

My advice to any couple trying: I used to get really annoyed when people would tell me to try and relax 🙄. But guess what? They are right!! I decided in May to not obsess over ovulation tests and to just have fun! Well, that’s when it happened!

Also, we had fun the ENTIRE fertile period. We never skipped a day, and we even had fun three days after ovulation. I know some people advise to have fun every other day, but that never worked for us. 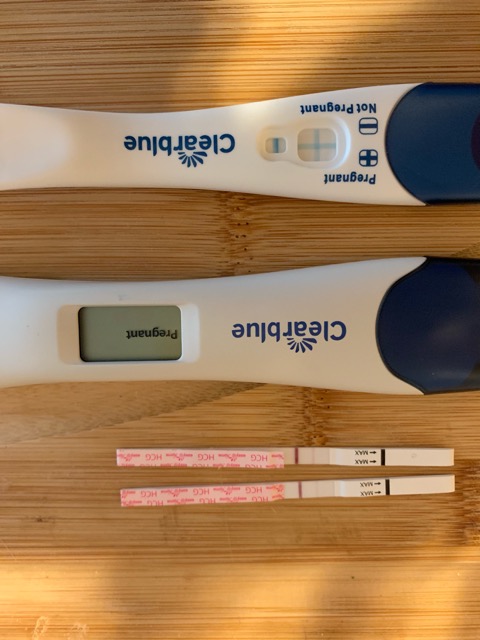