So, I’ve been in a lot of relationships. A few good, mostly bad. My first “bad” relationship was in my freshman year of high school. I was dating a guy who was way too old for me and things didn’t end the best. Then, I promptly got into another bad relationship where I had to just listen and submit to everything the boy I was dating said. If I didn’t, he would pretend I wasn’t even there. I could try to talk to him and he would ignore me, even if the only rule I had broken was the wrong kind of clothing. (He didn’t like me to dress “too city”) I eventually got out of that relationship and a few months down the line i was in an absolutely amazing relationship for the rest of my high school career. Things didn’t work out for us, and after we broke up I got a little wild and started partying all the time and “living the college life”. I went through a string of bad situations, from being raped to being drugged at a party to being used for sex by one of my closest friends who then made me feel bad about sleeping with him because he was a virgin prior to that. I started dating a new guy last Fourth of July, and that’s when life took its worst turn yet. I dated a guy who was emotionally abusive, and then physically abusive. He threatened me with a knife while I was stuck in his barracks room 750 miles away from home with no one to turn to for help. So I stayed and pretended it was all okay because what else do you do when a man twice your size holds a knife to your throat with you having no actual way out? I stayed with him for 8 months, hoping the whole time it would get better. It never did. He posted terrible things about me on social media and so did his friends, he started stalking my location and I wasn’t allowed to hang out with anyone who wasn’t his friend and if I hung out with his friends he yelled at me and told me I was trying to get with them, so I was completely alone eventually because no one wanted to be friends with the girl with the psycho boyfriend even though he was hundreds of miles away in the army. After 8 months of hell, I left. Had another trash relationship, went through more terrible things, and now I’m finally in a relationship with a guy who treats me well and respects me. I don’t even know how to act with him because this is one of the first relationships I’ve been in where a guy isn’t treating me like garbage. But I’m happy finally❤️ 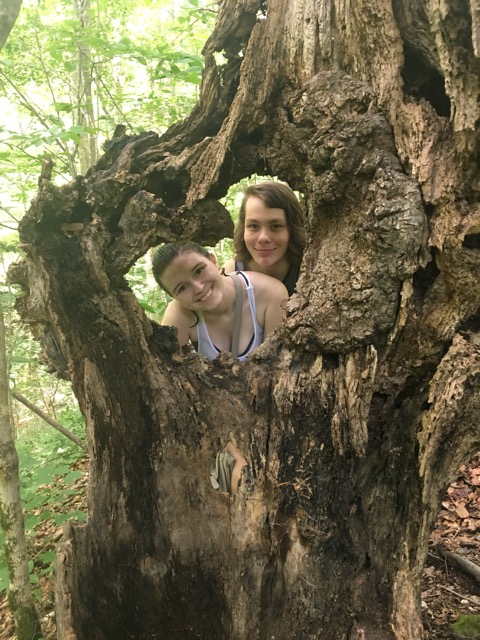