So guys I’m 38 pounds down from March , I had a abortion which I know is a forbidden word however I was in a position where the father told me he was not going to be there and I would be a single mother along with having a financial crisis annnnnnd to top the cake having mother issues whew! A lot things that lead me to making the decision I did ! Right now I’m eating better , losing weight , and putting myself back in a better place mentally .... below is my before and after 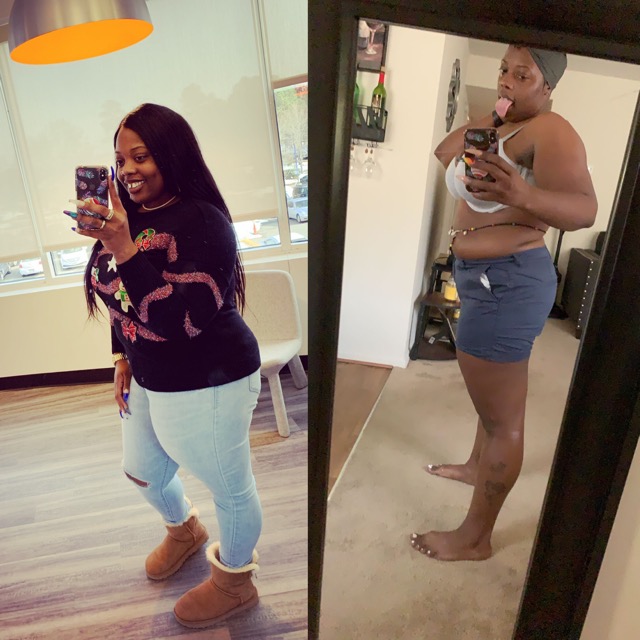