Baby Livia Ann Clark has arrived after a wild ride

Livia Ann arrive July 20th at 2:50am weighing 7lbs 7oz, 20 inches long 2 days before her due date. She definitely gave me a run for my money! Wednesday night I was up with a contraction every hour but thought maybe it was BH since they were so far apart. Thursday my fiancé and I decided to go to the State fair. We walked around all day at the fair in hopes of getting labor started. Well it worked. Thursday night starting at 1am I was up all night with contractions that were timing at 15 -12 mins apart. Since they never became less than 8 mins apart I just toughed it out at home while my fiancé was at work. By the time it was 3pm the contractions were still no less than 8 mins apart, in fact they were 11 mins apart but they were so painful I was miserable. My fiancé came home at 330 to me keeled over crying. I went to the bathroom and blood clots came out so I finally decided I’d at least go to L&D to be checked.

When they checked me I was at 5cm already and they admitted me. I thought I was crazy since my contractions were 11 mins apart not 5 mins apart but I trusted my gut!!

By 5:45 I was dilated to 7cm and decided to immediately get the epidural which later we will come to realize would stop working...By 8pm I was fully dilated but the baby was at -2 station so she was still pretty high in my uterus. They started pitocin to get her moving. At this point i was feeling pretty good since the epidural kicked in! But by 12am she was still not low enough but we decided to start pushing and let me tell you this was NOT fun. The epidural had started wearing off and doesn’t really help with extreme pressure. Every contraction was excruciating!! I was screaming with every contraction and every push! I’m pretty sure the whole hospital heard me screaming and cussing and crying. I kept telling my nurses how I didn’t want to do it anymore and I physically wanted to die! I told my fiancé we’re never having another kid again! I told my mom I wish I didn’t have to do this! I was in agonizing pain! It turns out baby was lodged in my pelvis which was tilted and wasn’t coming out. I managed to get her head to show in all the pushing but by 230am my dr listened to me scream and yell that there’s no way she’s coming out and agreed that I wouldn’t last another hour of pushing. We decided on a c section. In fact I begged for it. The anesthesiologist came back to give me more drugs since I was screaming bloody murder with every contraction and scaring all the patients and nurses haha. As they wheeled me into the operating room I was screaming obscenities!!! They did the c section, and she was out, crying in no time and I saw her face and all her hair and I felt a million times better. Today I’m recovering from my surgery but my baby is amazing and is such a gem. I love her so much. Here she is. Her face is swollen from all the pushing and her being stuck but she’s beautiful. Good luck to all the ladies who have yet to have their babies! Xoxoxo 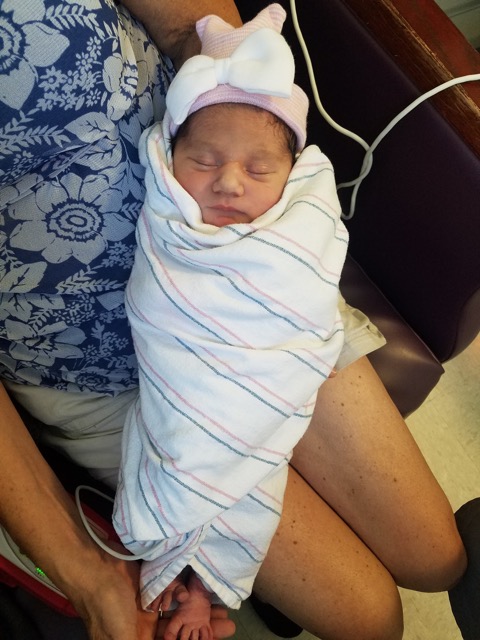 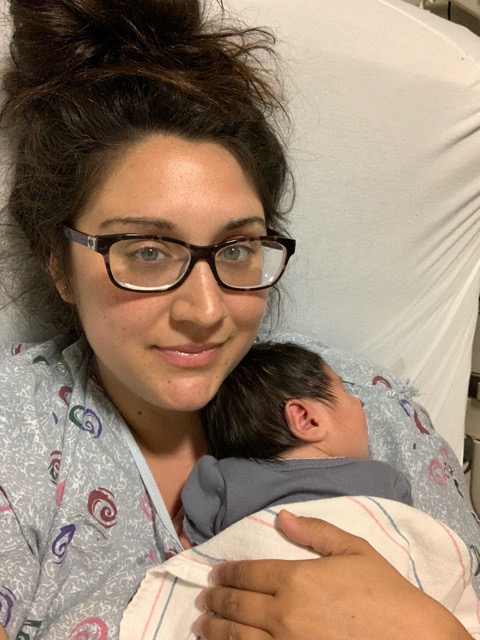