I got pregnant with my second child around the holidays last year. Found out weeks later that my sister was also pregnant, after a years-long fertility struggle and <a href="https://glowing.com/glow-fertility-program">IVF</a>. We were thrilled to be pregnant together and have babies (very close) in age. After my twelve week scan showed major fetal deformities, I had to terminate at thirteen weeks. My sister and I still went on our already-planned ”we’re pregnant!” trip to Palm Springs. I wasn’t pregnant, so I drank a shitload of pina coladas and helped my sister with her registry. Moment by moment, that trip was either hard or the easiest thing in the world. Two sisters floating in a pool. I couldn’t even be jealous of her: she had been down such a crazy road to get pregnant in the first place. It then took months for my system to regulate: weird bleeding, short cycles, long cycles, the works. This past ovulation round I was moving, shooting an episode of TV (I work in television), throwing my daughter a second birthday party AND flying cross country to host my sister’s baby shower. I’m too stressed to ever get pregnant again, I thought. But I kept fucking anyway (can’t really complain, my husband’s a hunk). My period rolled around and was late. I thought I might have ovulated late, based on CM, but I tested anyway. Negative test. Negative test. Negative test. Then “my period” came. I texted my sister: not happening this month. But... my “period” went away. It never progressed beyond spotting. Days passed. I tested this morning. Positive test. Positive test. 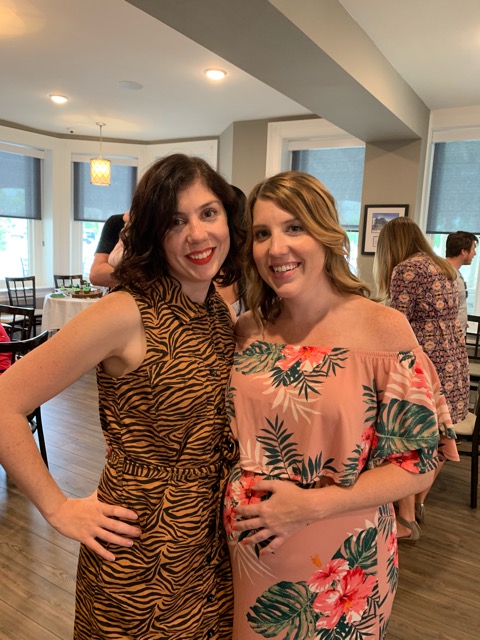 Me showing her the test this morning