caught him cheating!!! (WITH PROOF)

So me and my (now ex) boyfriend were together off and on. we've had issues with trust in the past but we moved past it. We moved in together with his moms boyfriend and it, nicely said, sucked. I couldnt work because i didnt have a car and had no where to go. So he worked at a factory (ONLY 5 DAYS but we will get to that later). He would tell me he was at work and wasn't, matter of fact, he was a no call no show 2 times. In order for me to pay my rent, i BUSTED my ass around house (it wasnt clean by any means) & watch our roommates kids (one with a severe heart problem, feeding tube, etc). I cooked, cleaned, watched kids, ran errands for $100 a month. It was AWFUL. we stayed one day with my family and it was great. The next day, my parents took us back home & were furious with how much cleaning i do daily and how with me being gone ONE NIGHT, it was trashed & i walk in & our roommate told me to get cleaning. The next day, i was doing laundry and i always check pockets for lighters, money and coins, etc. & found a bag of coke, i also found a spoon & needle (but no actual needle). Now mind you, i had a SEVERE cocaine overdose last year (i did coke since i was 13 as a personal release from my trauma). I called my parents and they asked if we would like to come there, of course i said yes & he followed behind. Well my parents told us we had a month to get new jobs or we'd be kicked out (i just turned 18 and hes about to be 21) he also doesnt have a phone so hes ALWAYS using mine. He said he was using it for indeed.com but i found later he was on facebook and stuff. I have 3 jobs and he has 0. He always says "i cant get a job, you never let me fill out applications" & stuff like that. So i started leaving my phone at home while i worked. One day i pulled a double & my mom seen him texting a girl named Madds(his ex) and he was flirting and stuff. I came home from work (pulling a 14 hr shift) & snatched that mf right out his hands and told him i was looking & if hes cheating, hes gone. I FOUND OVER 21 GIRLS HE WAS CHEATING ON ME WITH. & one he specifically told "this beds lonely without you in it. You're more than welcome to come get in it." I PAY FOR EVERYTHING!!!! I PAID FOR OUR BEDROOM SET, OUR BILLS, GROCERIES, GAS, PHONES, EVERYTHING. He also told one girl he was at Texas Roadhouse with a buddy because his gf works there. & thats false, we were on a date!!!! Girls, i kicked him out last night & he's gone. A part of me feels awful because i just dropped him off at his moms but is that wrong of me to be so angry?? 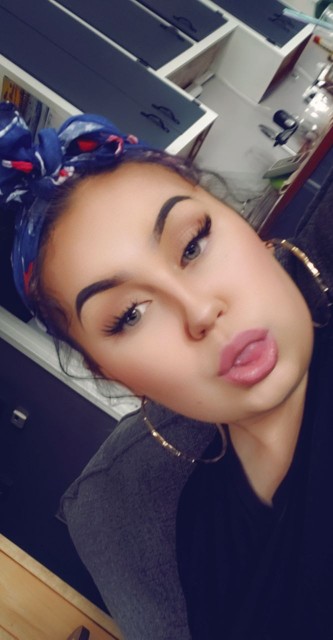