A little after 4pm today at 38w1d, my water broke! Baby #3 and hadn’t had my water spontaneously rupture before. Was admitted shortly after 5pm (2-3cm 70%) and moved to room and started Antibiotics by 6 (gbs+). I planned on going unmedicated again but was afraid to move around too much at first bc I kept gushing fluid and didn’t want to progress too fast until antibiotics were kicked In. Was checked a couple times during the evening and slowly progressed even though I was bouncing, squatting, etc. So at 10:30pm I Was still only a 5... decided to let them start pitocin in lowest dosage to help speed things up. Well that worked and went from 5-10 in 38min! She was born at 11:18pm, 7lbs7oz 20.5”. Already been nursing but OMG- after contractions have been so terrible! Letting my husband sleep while I cuddle through the after pains and will nap later 😜 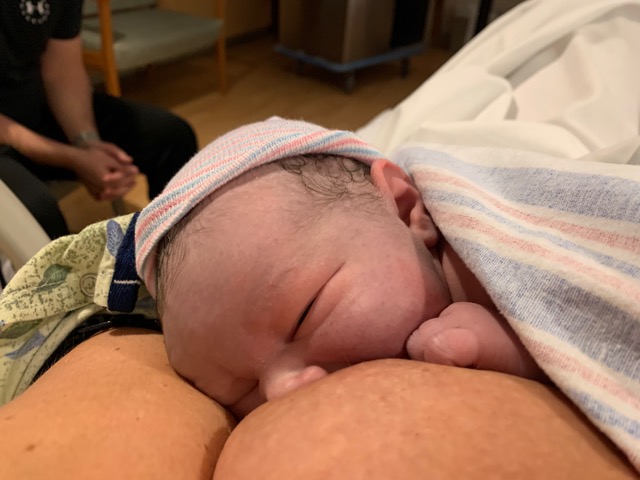