So I took a pregnancy test this morning and got the first picture, Which looks negative. Today makes two days late. So I decided to take an ovulation test cause I have an unbelievable amount of these opks so I figured why not. Then I got these results (see second picture). When i put the bottom one in a strip analyzer on pre-mom, it rated it 1.12 which is the absolute highest I have ever gotten. What do you ladies think? And Ive been feeling like AF should show any minute as I’ve begun to feel my normal symptoms last night (dull cramping that’s just achey and sometimes a little sharp on my left side, and same with my back) other than the nausea that started this morning after being awake about 2 hours which im chulking up to be catching the bug my fiancé had yesterday. 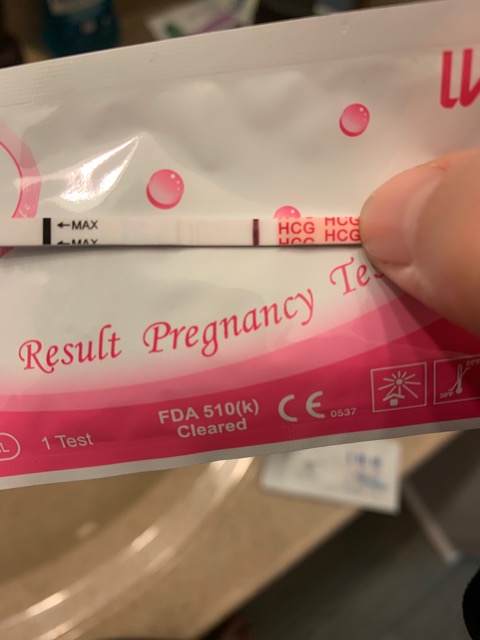 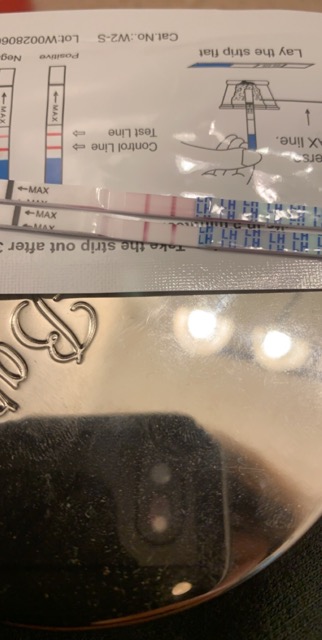 I just found out this morning that we finally have our rainbow ❤️ it’s hard to see in pictures but it’s so obviously there in person 🥰 it does have color and I saw it within time frame. I’ll post a picture when it gets darker. If I really did Ovulate when I took those OPKs then I should only be about 8 DPO or so. The two week wait is pretty much over other than trying to catch some darker lines this week, but now the 8+ week wait begins so that we can finally start telling people. Baby Dust to all of you 💕 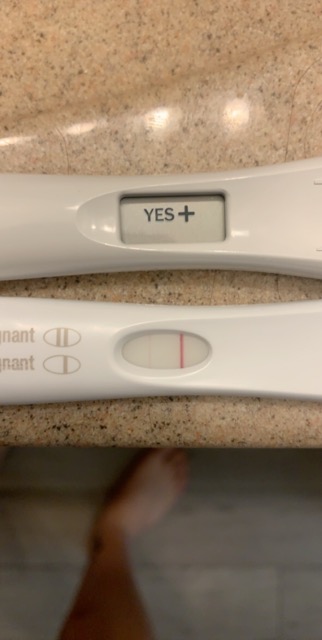