October 2020 Birth Club
This group is for people and their baby / babies born in October 2020!

We don’t want to tell anyone until after the first ultrasound, which is THREE MORE WEEKS. I just need to tell someone so here it is: we’re pregnant!!

I honestly thought I was getting my period. I took a test the day my period was supposed to start, just because I wanted proof that it was negative. So I was definitely surprised lol I took a blue dye test 15 minutes later just to be sure haha. I found these at a grocery store that afternoon, and tried to take a video of my husband figuring it out (he thought the onesies were for our cats 🤦🏻‍♀️) but was so excited I forgot to press record! 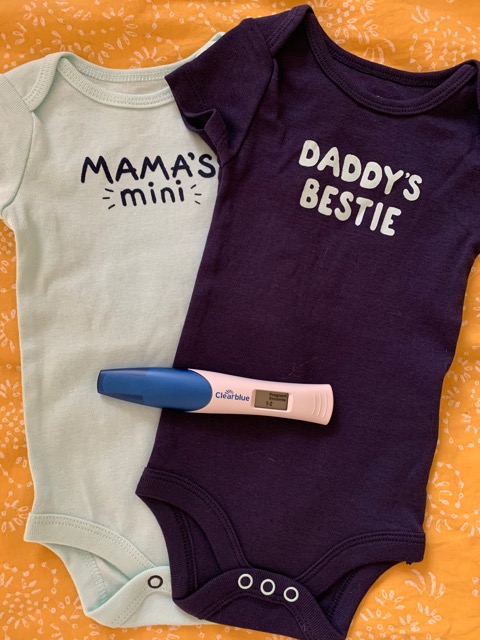